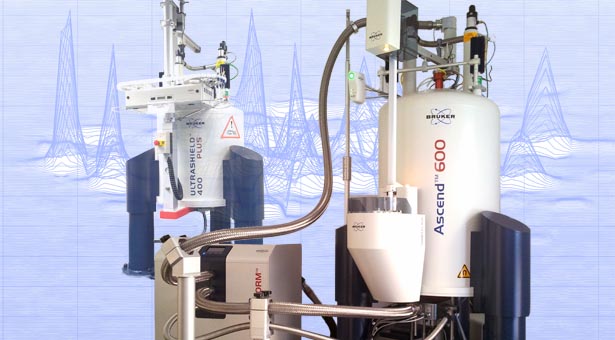 For example, Nuclear Magnetic Resonance can determine the numbers of particular atoms within a molecule, their chemical environments and how they are interconnected and spatially arranged based on their magnetic properties.

At the John Innes Centre, there are two solution-state instruments which application depends on the amount of available sample and specific analytical task. Both instruments are highly automated being configured with autosamplers and supported by advanced software packages, providing comprehensive characterisation of the systems under investigation.

Together with Metabolomics and Proteomics mass spectrometry the team offer;

The enhanced sensitivity of the 600 MHz spectrometer due to cryoprobe makes it advantageous for collecting data for NMR metabolomics profiling while triple resonance characteristics of this probe also allow conducing biomolecular NMR experiments.

While the NMR facility is is primarily used for academic research across Norwich Research Park, the team has sufficient capacity to accommodate external work, including as a package with metabolomics mass spectrometry or high-resolution mass spectrometry.

Prices vary according to the type of experiments and sample quantities involved, contact the team for a bespoke quote for your project.