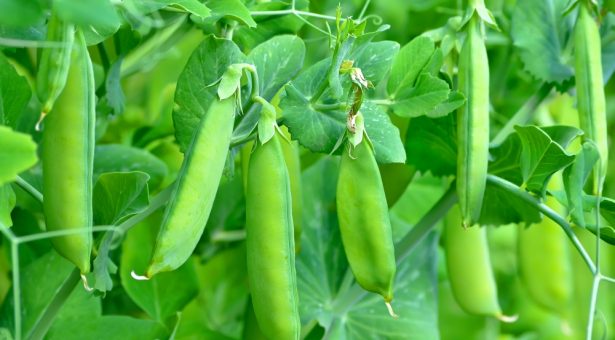 This week is Net Zero Week so we have taken a look at the work we do to help decrease the carbon footprint of agriculture.

Unfortunately, as well as a benefit, modern agriculture has become a risk to the environment.

Artificial fertilisers can result in too much fixed nitrogen in the environment and the carbon footprint of agricultural practices is significant. The use of nitrogen fertilisers releases nitrous oxide, a greenhouse gas which is 300 times more powerful than carbon dioxide.

Plant science has an important role to play in developing new varieties of crops and new agricultural practices that can reduce the environmental impact.

Last year, with The Sainsbury Laboratory, we released our scientific vision to secure a safer, healthier and more sustainable future through the power of plant and microbial science – Healthy Plants, Healthy People, Healthy Planet or ‘HP3’.

Meeting the challenge of climate change is one of the major challenges outlined in HP3.

Here we look at four ways that we are trying to decrease the carbon footprint of agriculture;

Reducing nitrogen fertilisers by engineering crops to fix their own nitrogen

One of the major factors that limits crop growth is the availability of nitrogen.

Bacteria and other single-celled microbes called archaea can take nitrogen from the air and fix it into a form that can be used by plants in a process known as biological nitrogen fixation.

Legumes like peas can obtain nitrogen from symbiotic nitrogen-fixing bacteria, but cereal crops like wheat and maize, rely on the availability of fixed nitrogen in the soil.

In many cases the addition of chemical fertilisers is the only way to provide those crops with enough nitrogen to ensure a good harvest.

By engineering crops to fix their own nitrogen, we hope to reduce the use of nitrogen fertilisers, and decrease the impact on the environment.

Reducing animal protein in our diets

The search for sustainably produced protein has stimulated much interest recently.

More consumers are catching on to pea as an alternative source of protein, as it has less environmental impact than soya and meat.

We are currently exploring ways of changing the protein profile in pea seeds. For example, removing inhibitors and other proteins that interfere with digestion or are functionally inferior.

The aim is to make major changes to composition without impacting on plant and seed performance in the field.

As a legume, pea has a major environmental benefit – it can harvest, or ‘fix’, nitrogen from the air with the help of symbiotic bacteria, which means that it can be grown without the need for inorganic sources of nitrogen that have a damaging impact on biodiversity and contribute to greenhouse gas emissions.

That’s not all, and peas could also prove to be a source of biodegradable packaging to replace plastic.

Peas are the full environmental package.

Vertical farming is a type of indoor agriculture where crops are cultivated in stacked systems with water, lighting and nutrient sources carefully controlled.

With their soil-free, computer-controlled environments, it may sound like sci-fi, but there is a growing environmental and economic case for them – including fewer food miles, reduction in soil degradation and nutrient and water recapturing and recycling.

Alongside colleagues at the University of Bristol and the aeroponic technology provider LettUs Grow, we conducted a recent study that identifies future research areas needed to accelerate the sustainable growth of vertical farming using aeroponic systems.

John Innes Centre researchers have bred a line of broccoli adapted to grow indoors and are testing how we can genetically tune more crops to grow in the controlled space of vertical farms.

Excess crop fertilisation is an inefficient process, as the crops are often unable to use the additional fertiliser added.

Typically around 60% of the nitrogen fertiliser applied to crops is not taken up and can be leached into the environment.

Therefore, with this current approach, not only is there a high cost for a small improvement in yield, but other negative effects with fertiliser use can occur. For example, excessive fertilise application has been shown to change soil acidity, which degrades soil quality and can impact on biodiversity.

The fertiliser can run off the field and enter water courses, like rivers, which affects the ecosystem through processes such as eutrophication, and ultimately may end up in the drinking water supply of towns and cities.

Our researchers are working to identify ways to improve the efficiency of nitrogen use in crops and feed into policy.