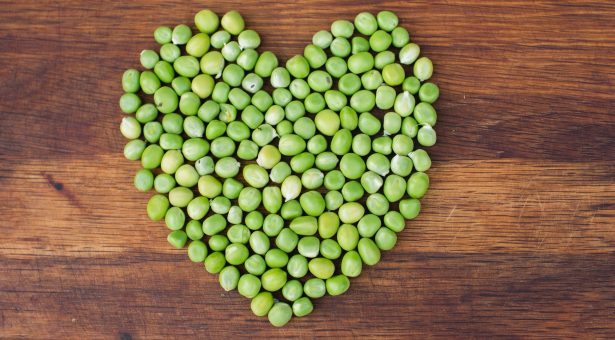 Demand for soybean as a key source of protein and vegetable oil is increasing worldwide and Europe relies heavily on soybeans as a source of animal feed, importing more than 40 million tonnes per year.

Sadly, this demand has been at the expense of natural ecosystems, causing the destruction of biodiversity hotspots such as the Amazon and Chaco.

Consequently, there is a need to develop a sustainable and protein rich home-grown alternative to soybeans in Europe.

Soybeans are generally not suited to cultivation in North-West Europe, whereas peas thrive in comparison; the humble pea has huge untapped potential.

Within a pea genetic improvement programme, Professor Claire Domoney’s team at the John Innes Centre have been working on improving protein content and removing anti-nutritional components from seeds to enhance their nutritional value and help exploit the potential of the pea crop.

The addition of pea seeds to livestock feed has previously been limited by the so-called ‘anti-nutritional factors’ present in the seeds, which reduce nutrient availability.

One group of such factors are the ‘trypsin inhibitor’ class of proteins. These inhibitors irreversibly bind to digestive enzymes, most commonly trypsin and chymotrypsin, which are involved in protein digestion. The inhibitory action reduces the amount of protein that is digested.

Since the 1990s, Professor Domoney and colleagues have characterised the genetics of traits affecting the digestibility of pea seed proteins.

They established the extent of trypsin inhibitor variation in pea and developed near-isogenic lines to show how these inhibitors can reduce protein availability in poultry by as much as 10%.

To build on this knowledge, they developed an understanding of the genes responsible for trypsin inhibitor production in seeds and other plant organs.

While screening 2,822 lines from the pea germplasm collection, Professor Domoney’s group made an exciting discovery; they identified a wild pea from Turkey that does not produce seed trypsin inhibitors.

The wild pea mutant was crossed with cultivated species to introduce the mutation into a ‘novel’ cultivated type of pea. This pea contains reduced amounts of seed trypsin inhibitors, which means that the efficiency of protein digestion in livestock is significantly improved.

This ‘novel’ pea could prove to be a ground-breaking development; not only could it provide a protein rich alternative to soybean imports for animal feed, but it may also be of dietary value to humans in providing a more valuable source of meat-free protein for people with intolerances and specific diets.

Moreover, the ‘novel’ pea could reduce the nitrogen content of livestock manure due to more efficient digestion of protein.

This is significant as excess nitrogen in soils is a major environmental issue, leading to pollution of water bodies and eutrophication.

Due to the many benefits offered by the mutation, several breeders were immediately interested in this new pea, including Limagrain and Wherry and Sons.

Our scientists are now working to combine this mutation with others to produce a triple anti-nutritional knock-out line lacking trypsin inhibitors, albumin PA2 (an antigen related to that which leads to allergic responses on chickpea consumption) and lectin (which can interfere with digestion and itself be indigestible).

This research demonstrates how seed protein profiles can be altered to enhance both functional and nutritional properties of the pea crop.