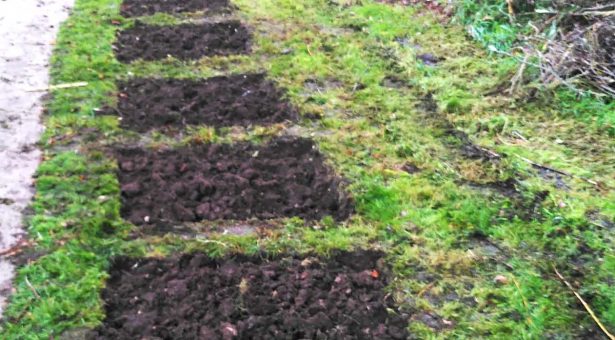 Legumes are a large family of plants, Fabaceae, many of which produce fruits or seeds known as pulses.

Members of this family of plants are grown for their seeds, which are eaten all over the world, and include the tea-time favourites; peas, beans, lentils, chick peas and kidney beans.

Legumes are not only a tasty part of a healthy diet, but they also play a key role in improving the nutrition and condition of the soil they’re grown in.

We know this thanks to studies that have shown how these plants work with bacteria in a mutually beneficial way to ‘fix’ nitrogen from the atmosphere. Nitrogen is vital for healthy plant growth. Other plants cannot ‘fix’ nitrogen, so require additional nitrates to be added to the soil to ensure health plant growth, and good yields for farmers.

The widespread use of synthetic nitrate fertilisers has contributed to increased agricultural yields, but their use can also have a detrimental impact on the environment. If agriculture is to become more environmentally-friendly, a more sustainable process to obtain nitrogen is required. Legumes are masters at obtaining nitrogen, and so studying them help us to understand this process

The increased awareness of the pressures that intensive agriculture has on natural resources and the environment, the development and wide-spread adoption of sustainable agriculture practices has become a global priority.

The Legumes Project is a new collaboration between three charities; The SAW Trust, LEAF Education and the Papillon Project. It aims to help teachers to develop young people’s science skills in an interactive and stimulating way, and to increase their interest in science through exploring the concept of sustainable agriculture.

Guided and supported by the Papillon Project, the six schools enrolled in the project from across Norfolk; City Academy Norwich, Dereham Neatherd High School, Diss High School, Litcham School, Reepham High School and Thorpe St Andrew School and Sixth Form, have already created their allotment sites where they will manage their own trial plots.

The first task was to establish a baseline soil nitrate level, once complete students sowed the wheat and legume species into the trial plots in March and April this year. These seeds were kindly donated by Hodmedods and the Germplasm Resource Unit respectively.

With the seeds in the ground, students will begin to investigate the effects of intercropping wheat and legume species on nitrogen levels and crop yields using an experimental design developed specifically for the project by John Innes Centre scientists, Professors Claire Domoney and Tony Miller.

Alongside nurturing the seeds into crops, the students will take regular soil nitrate readings while recording plant growth and begin measuring plant biomass and observing for root nodulation in July.

Legumes ‘fix’ nitrogen, by extracting it from the atmosphere and releasing it into the soil via high-quality organic matter and facilitate soil nutrients’ circulation and water retention. Based on these multiple functions, students should expect to find that wheat planted alongside legume species have a higher yield and biomass, with the plot soil in these conditions having a higher nitrate concentration compared to the plots without legumes. Students will also be comparing the effect of different legume species.

At the end of the experiment, the school involved in the project will combine their findings to allow for data analysis to take place at the end of July 2021.

The project will help GCSE and A Level students to learn about, investigate and understand nutrient cycles, the role of micro-organisms and to discuss and debate human impacts on ecosystems. The project will also highlight a range of potential careers in the agri-food sector.

The Legumes Project has been generously funded by the John Innes Foundation.