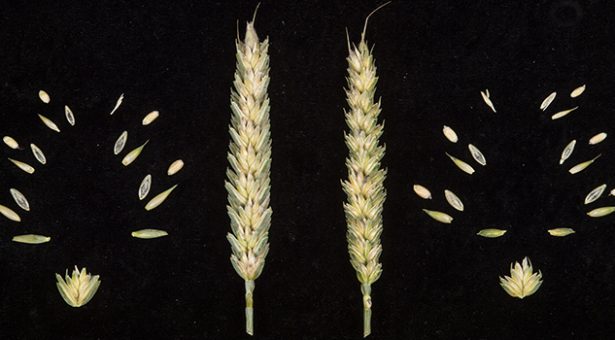 Researchers have found the elusive genetic element controlling the elongated grains and glumes of a wheat variety identified by the renowned botanist Carl Linnaeus more than 250 years ago.

The findings relating to Polish wheat, Triticum polonicum, could translate into genetic improvements and productivity in the field.

Wheat, in bread, pasta, and other forms, is a vital energy and protein source for humans. Each individual grain is nestled within the glumes and other leaf-like organs called lemma and palea which affect the grain’s final size, shape, and weight.

Characterised by Linnaeus in 1762, Polish wheat has long grains, glumes, and lemmas. Previous research showed that all these characteristics were controlled by one gene, but which one among wheat’s complex genome has been unclear.

Researchers at the John Innes Centre used genomic, field-based, and biotechnological approaches to identify the responsible molecular component as VRT-A2, a member of the MADS-box family of transcription factors which act as genetic switches controlling protein synthesis.

Dr Nikolai Adamski, first author of the paper, said: “These results highlight how changes in expression of transcription factors can impact on important agronomic traits for major crops such as wheat. Our goal is to use this knowledge to help deliver genetic solutions to improve wheat productivity.”

The team identified a small sequence rearrangement leading to misexpression of VRT-A2 in different tissues at several growth stages of wheat. This variation is responsible for the longer grains and floral organs found in Polish wheat.

Introducing the VRT-A2 version from Polish wheat into a UK bread wheat cultivar led to higher grain weight, size, and test weight (a measure of the density of the grain) but did not increase yield in UK environments.

Professor Cristobal Uauy, a group leader at the John Innes Centre, explained the broader significance of the research: “Every day, each person on the planet eats the grains of the equivalent of 50 wheat plants. With a growing demand for wheat, and against the backdrop of climate change, it is urgent that we increase wheat production sustainably. As part of this effort, understanding the genetic control of grain size and weight is extremely relevant to deliver genetic solutions.”

The experiments also revealed a strong positive correlation between VRT-A2 expression levels and the magnitude of its effects on grain length and floral organ size.

In Polish wheat, the VRT-A2 gene carries a small rearrangement in its first intron – a genetic sequence that does not code for protein, but instead is important for regulating the gene’s expression. The researchers suggest that this rearrangement was caused by errors in DNA repair following a double strand break.

Next the research team aim to understand how the VRT-A2 expression pattern is controlled by the sequence rearrangement in the first intron of the gene.

They also plan to identify the downstream genes affected by VRT-A2 misexpression.