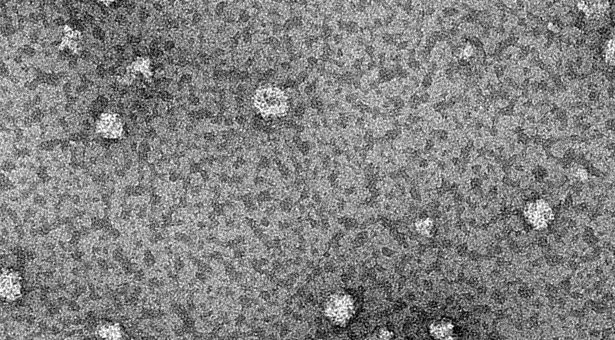 Researchers have used plants to produce virus-like particles (VLPs) of the dengue virus in a potential first step towards novel vaccines against the growing threat.

The team in the group of Professor George Lomonossoff at the John Innes Centre in collaboration with Leaf Expression Systems produced VLPs of dengue virus serotype 1, one of four serotypes of the virus.

Dengue is a pathogenic mosquito-borne virus belonging to the Flaviviridae family that causes 390 million infections per year. A safe, effective vaccine is needed because of ongoing questions about existing vaccine candidates.

Researchers used a variety of tobacco (Nicotiana benthamiana) to transiently express the VLPs using technology pioneered at the John Innes Centre by Professor Lomonossoff. After extraction and purification, the VLPs were shown to stimulate an immune response to the virus in experiments on mice.

“This is the first of what would be many steps along the path towards making dengue vaccines in plants,” said corresponding author Dr Hadrien Peyret of the John Innes Centre.

Using the metabolism of plants to produce these valuable molecules potentially offers an affordable and low-tech solution to vaccine development.

VLPs are authentic mimics of the virus containing the protein coat but without the infectious material. This as the basis for a vaccine is enough to train the immune system without causing an infection.

However, influenza VLPs seemed to be an exception, for this type of virus with a protective lipid outer-envelope. Until this study, there were no published examples of VLPs purified from plants for other enveloped viruses.

“For non-experts it’s exciting that plants increasingly look like an interesting tool for vaccine production. It might not always be the right tool for the job, but it is handy to have just in case,” he added.

Despite the promise underlying the research, there is much work to do before researchers can achieve the aim of producing a dengue vaccine candidate from plants.

A potential VLP-based dengue vaccine would need to contain all four serotypes to be effective.

Yields of VLPs (how much is obtained from each plant) was also much lower than normally expected from non-enveloped viruses. This means it would take a substantial number of plants to produce just a few doses unless the team improves how much the plants produce and/or how they extract the VLPs from the plants.

Dr Peyret added: “The extraction and purification process was painstaking – we hadn’t anticipated quite just how difficult it would be. Also, we were surprised that we failed to get VLPs for the other serotypes. We have some ideas as to why that might be, but it was still surprising that all the hard work was only enough for serotype 1.”

Further work will focus on improvements to the methods and extraction of the VLPs and trying to replicate this for the other serotypes of dengue virus.