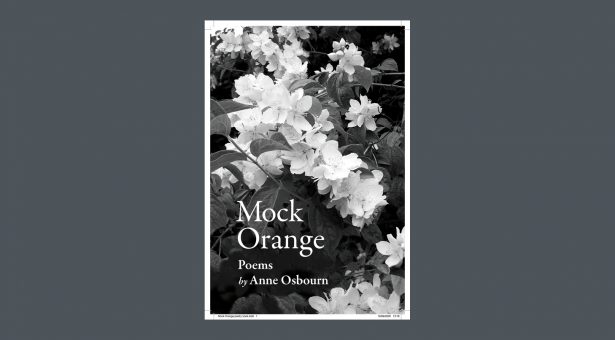 Plant biologist Professor Anne Osbourn is used to seeing her name as a leading author in high profile scientific journals.

Now she is exploring a new authorial direction with the publication of her first book of poetry.

Mock Orange is an exploration of the personal and professional, the scientific and the non-scientific. An inspirational fellow traveller in the volume is the nineteenth century Swedish botanist Carl Linnaeus.

Linnaeus, the father of modern taxonomy, spent a lifetime trying to understand his world through the classification of plants. For Professor Osbourn likewise, plants have been a fertile means of interrogating the world.

“My poetry encompasses Linnaeus’s adventures and experiences and his fascination with plants. Mock Orange is therefore about journeys from origins, both personal and global, in which negotiations between scientific and non-scientific languages and points of view form a central theme.”

Professor Osbourn began writing poetry after she won a National Endowment for Science, Technology and the Arts (NESTA) Dream Time Fellowship award to spend a year on sabbatical at the School of Literature and Creative Writing, University of East Anglia in 2004.

“I began to explore how I came to be who I am as a person and as a scientist. I did a degree in botany, so a lot of my poetry involves flora as well as science and quite a bit of Linnaeus.”

“Because I’m a scientist my language tends to be quite simple but clear. I also think writing poetry can be useful for writing other things including scientific documents because there are no spare words, and you need to be very crystalline in what you say.”

Professor Osbourn got her poetry publishing break when she was placed third in a Sentinel Poetry Book competition that offered the publication of a book as a prize to the top three.

In a review of her poetry, judge Noel Williams comments: “This is an entertaining collection of poems, offering many different kinds of poetic pleasure, and deserves to succeed.”