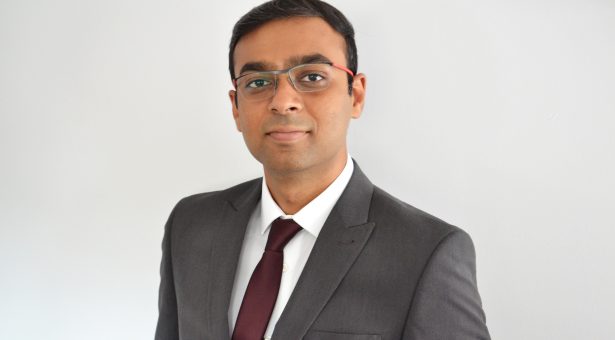 Dr Guru Radhakrishnan, Research Fellow at the John Innes Centre, has been named on the Forbes 30 under 30 Europe list.

The list, published annually by the global media company, recognises young innovators and entrepreneurs who are transforming their fields.

Dr Radhakrishnan has been recognised in the Science and Healthcare category for his pioneering research on how plants and microbes have evolved to interact with each other.

Announcing its 2020 list, Forbes said: “At a time of concern globally, the Under 30 Europe list highlights the young, visionary leaders reinventing business and society. This year’s list is the result of thousands of international nominations, months of investigative reporting and the seal of approval from our panel of blue-ribbon judges.”

Dr Radhakrishnan holds a BBSRC Discovery Fellowship in the Department of Crop Genetics at the John Innes Centre. His interdisciplinary research programme is aimed at tackling one of the biggest hurdles to global food security – crop diseases.

“It is great to be recognised for my research efforts aimed at a food-secure future. I am honoured to be included among such incredibly talented people. I am grateful to Forbes for recognising the importance of achieving global food security. This is a challenge that requires all our concerted efforts to address,” Dr Radhakrishnan said.

His current research is focussed on studying the evolution of pathogens that cause diseases on crop plants. His goal is to develop biological and chemical tools that can be quickly engineered to control the spread of crop pathogens.

Director of the John Innes Centre Professor Dale Sanders FRS said: “This is an exceptional achievement. I’m thrilled that Guru’s landmark work in helping to develop the biological tools that prevent plant disease epidemics has been recognised. His innovative work will continue to serve as an inspiration to colleagues and collaborators.”

Previously, during his postdoctoral research, Dr Radhakrishnan co-invented a mobile disease surveillance system called Mobile And Real-time PLant disEase (MARPLE) diagnostics that can track pathogen evolution in farmer’s fields in near real-time (Radhakrishnan and colleagues, BMC Biology 2019). The impact of the MARPLE diagnostics team’s work was recognised last year through a BBSRC Innovator of the Year award for International Impact.

Before this, during his PhD research, Dr Radhakrishnan worked as part of the Engineering Nitrogen-fixing Symbiosis for Africa (ENSA) project funded by the Bill and Melinda Gates Foundation. As part of this work, he has contributed to several landmark discoveries in the field of plant-microbe interactions – the most recent of these was published in March. (Radhakrishnan and colleagues, Nature Plants 2020).

The Forbes 30 under 30 Europe 2020 list can be found here and Dr Radhakrishnan’s profile on the list here.