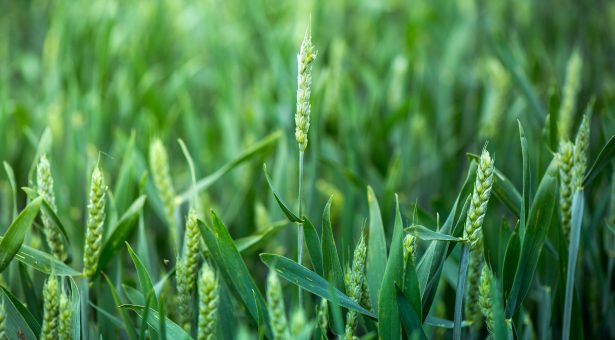 Richard Goram spends his days smashing up plants and then sifting through the wreckage for specific genes, we asked him how and why he does this?

“Genotyping is looking at specific, differences within a population of plants, and within specific areas of their genome, so that you can then use those selected areas of a plant’s genome in plant breeding.

What we often do is marker-assisted selection, where we are selecting plants that have a trait of interest based on a genetic marker.

To do this, you cross the two varieties and within the resultant offspring of the two crossed plants, half will have the gene you want, and half won’t. To find out which do, and which don’t, you genotype the crosses. You then discard the plants which don’t have the gene and continue to cross those that do. Once you have done that lots and lots of times, you end up with the original variety, plus the gene you wanted, but to get there takes several different generations, so it can take a number of years, depending on the species.

My job is to extract DNA from plant material. I do that using a number of methods, including some robotic DNA extraction machines. It always begins the same way though, by smashing up the plant material with our plate-shaker, it is basically 100 miniature metal pestle and mortars.

Once we have the DNA we do the genotyping, this means mixing the DNA sample with primers, which attach either side of the DNA you are interested in. Once you have done that you run a PCR, which is a series of temperature steps which splits the DNA’s double-helix, copying the bit between the primers and then stitching that back together. By running the PCR a number of times, you end of up with lots of copies of just the bit of DNA you are interested in.

During this process two different fluorescent dyes are attached to the PCR products, depending which allele is being amplified.  We then run the samples through a plate reader which shines a laser to excite the dyes, and a camera then reads the fluorescence.  This data tells you which allele was present.

In my role I work on a number of different projects at any one point, usually four or five at a time. After all, genotyping is one small part of a much-wider project, so I play my role and then pass the project back to the Group Leader to continue. With genotyping and DNA extraction, the process is the same every time, regardless of the what the wider project is, or what the species is.

I always wanted to be a scientist and found I was quite good at it at school which helped and meant that I carried on into A Levels. Then I started as a Laboratory Technician back in the old Genome Lab in 2007, then when TGAC (now the Earlham Institute) expanded, I moved into Professor Simon Griffiths group to run his group’s genotyping platform. At the time, I still only had A Levels, but Simon supported me to do an Open University Biological Sciences degree while I was working.

Our genotyping platform is based at the John Innes Centre and I primarily work on John Innes Centre projects, but we are open to anyone. For example, I am currently working with the University of East Anglia and Cambridge University and have previously worked with NIAB. If someone needs genotyping, we can help, so just get in touch.”