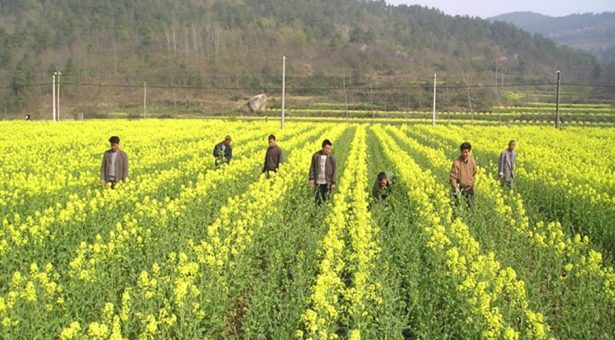 The Yangtze River basin, in China, is a globally important region for growing oilseed rape.

The crop is sown in autumn when the climate is hot and dry but at this time of year, 14 million hectares of the basin are at risk of drought, the probability of which is increasing year-on-year due to climate change.

Drought during this period affects germination and seedling establishment, reducing crop yields. As the risk of drought increases, rapeseed growing in this area is increasingly threatened, along with the livelihood of many rural communities.

Developing oilseed rape lines which are capable of germinating and establishing in extreme weather would improve the yield and overall success of this crop.

The John Innes Centre and collaborators have developed SeedGerm, a high-throughput platform for assessing germination vigour in oilseed rape capable of overcoming the bottleneck in phenotypic assessment in multiple lines.

A project was initiated between the John Innes Centre and the OCRI-CAAS, funded through the Global Challenges Research Fund, which aimed to address sustainable development goals in the short-term by improving industry, innovation and infrastructure and longer-term by reducing poverty, through stabilising farm incomes from year to year.

We have transferred our SeedGerm technology to the OCRI-CAAS to enable selection of resilient oilseed rape lines for breeding.

The impact so far

This collaboration facilitated knowledge transfer to John Innes Centre on brassica transformation protocols, which are now being established in our Crop Transformation Platform (BRACT).