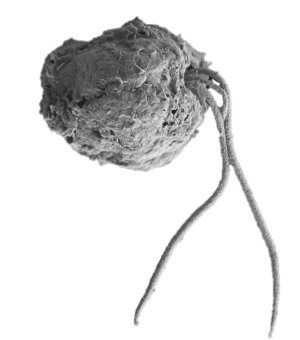 Researchers have found an important class of sugars in algae in a new study that could lead to a better understanding of harmful algal blooms.

Sialic acids are a family of more than 50 acidic sugars found on the surface of all vertebrate cells that play important roles in cell-cell and host-pathogen interactions. They are absent in plants and until recently were not thought to be present in algae.

Now a new study has reversed this thinking by revealing a biosynthetic pathway to Kdn, a type of sialic acid, in the toxin-producing microalga Prymnesium Parvum. This is the commonly-known golden alga that is responsible for harmful blooms which kill millions of fish worldwide each year.

The discovery may be important in understanding complex interactions between algae and viruses that infect them and cause the harmful and economically damaging blooms.

Dr Ben Wagstaff of the John Innes Centre explained the significance of the findings: “Algae were previously not believed to be producers of this class of sugars, so they were often overlooked when considering these interactions.

“Now we know that some algae are able to produce these sugars we can begin to study the expected host-pathogen interactions they are involved in.”

Bioinformatic analysis of other algae revealed genetic sequences relating to two P. parvum enzymes, suggesting that sialic acid biosynthesis is likely more widespread among microalgae than previously thought and that this acidic sugar may play a role in host-pathogen interactions involving microalgae.

The full results appear in the Journal of Biological Chemistry in the paper: ‘Identification of a Kdn biosynthesis pathway in the haptophyte Prymnesium parvum suggests widespread sialic acid biosynthesis among microalgae‘.