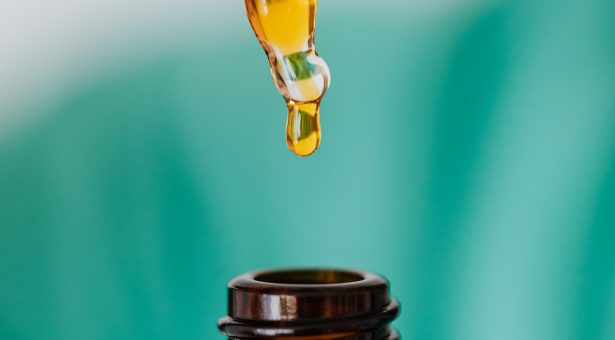 Working out the structure of a complex formed when a protein binds to DNA has proved to be key in understanding how an antibiotic-producing organism controls resistance to its own antibiotic, and may be an example of how other antibiotic producers regulate export to prevent self-toxicity.

The natural production of antibiotics by certain microorganisms is a complex and highly regulated process, not least because the organism making these compounds must protect itself from their toxic effects.

Researchers at the John Innes Centre, which is strategically funded by the Biotechnology and Biological Sciences Research Council (BBSRC), have been studying the production of simocyclinone, produced by Streptomyces antibioticus, and in particular how the production of this potent antibiotic triggers an efficient pumping mechanism that exports the antibiotic from the cell.

Much of the work elucidating this protection mechanism has been carried out by Tung Le, a Vietnamese PhD student enrolled in the John Innes Centre’s four-year rotation PhD programme.

Tung, working under the supervision of Professor Mark Buttner and Dr David Lawson, showed that SimR, the protein Streptomyces antibioticus uses to regulate antibiotic export, can bind either to DNA or to the antibiotic itself, but crucially cannot bind to both. This means that when the antibiotic is around, SimR releases the DNA, which allows the expression of a gene that encodes a pump responsible for removing simocyclinone from the cell.

“This provides a mechanism that couples the potentially lethal biosynthesis of the antibiotic to its export, which has wider implications for resistance to clinically important antibiotics,” commented Professor Buttner. “However, we needed to know more detail about the interaction between SimR and DNA.”

In this latest research, published in the journal Nucleic Acids Research, they show that the SimR protein has a novel ‘arm’ and that cutting off this arm unexpectedly weakened SimR binding to DNA. To determine the function of this arm, the researchers needed to work out the crystal structure of the protein bound to DNA, something which hadn’t been achieved in Norwich before.

To overcome this skills gap, Tung won both a Korner Travelling Fellowship  and an EMBO Short-Term Travel Fellowship to visit the University of Texas M.D. Anderson Cancer Center, home to one of the leading laboratories specialising in this technique.

Tung spent three months working in the labs of Richard Brennan and Maria Schumacher, learning how to solve the structures of protein-DNA complexes. He was then able to apply this to his own project.

“I learned a lot and it was a great experience,” said Tung. “The knowledge I brought back was not only useful for my project but will also be beneficial for others, and I feel very proud about that.”

Usually, the SimR arm is unstructured, but in the presence of DNA they saw that it becomes ordered and binds into the minor groove of the DNA molecule. The crystal structure also shows how other parts of the SimR protein form sequence-specific interactions with a binding site in front of the export pump gene.

SimR is a member of a large family of regulatory proteins found in bacteria, and is the fifth one to have its structure solved when bound to DNA.

The way these proteins recognise their target DNA sequences differs. This new example has wider implications, as a bioinformatic search of this family of regulators showed that many of them also have arms similar to the one characterised in this study.

Tung submitted his PhD thesis in early August, and his research has already produced four first-author papers. He is due to take up a post-doctoral position at the Massachusetts Institute of Technology in January.

“It can be very difficult for non-EU students to find the funding to study for a PhD in the UK, and so I was delighted to be offered a place on the John Innes Centre Rotation PhD programme. I am keen to encourage and help build relations between the John Innes Centre and Vietnam. I was very happy to see the John Innes Centre is involved in joint work with Vietnam to sequence the genomes of different varieties of rice” said Tung, who left Vietnam at the age of 17 for a bioscience career in the UK.

The researchers have also recently received a grant from the BBSRC to continue investigating the complexities of the regulation of antibiotic biosynthetic pathways, focussing on SimR and two other antibiotic-responsive transcription factors encoded in the simocyclinone biosynthetic cluster.

This will establish the roles that the antibiotic plays in regulating self-resistance and its own biosynthesis. With the ever-growing problem of resistance, this kind of fundamental research is vital.