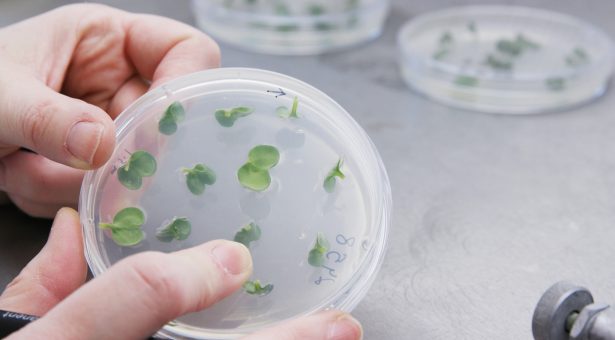 Last year, the European Court of Justice ruled that Genome Edited (GE) plants would not be exempt from the EU GMO directive and would be treated and regulated in the same way as other Genetically Modified (GM) crops.

Though GE and GM sound the same they mean slightly different things, and this has led to uncertainty, and different interpretations globally, as to how the two should be regulated.

According to the EU GMO directive, which was written in 2001, prior to GE techniques being developed; a plant is considered a GMO if it has been altered in such a way that could not occur in nature. Within the current directive, several breeding techniques (which fit the definitions of a GMO) were listed as being exempt from the directive, one of which was mutation breeding, also called mutagenesis.

Mutation breeding, developed in the 1930s, involves the exposure of seeds to chemical or radiation treatment to induce changes to the plant’s DNA. This exposure can result in hundreds or thousands of random double stranded breaks in the plants DNA, which the cell will then attempt to repair.

During the repair process errors can occur; some bases (A, C, T or Gs) may be deleted, or the wrong bases recruited during the repair, resulting in mutations (or changes) to the original genetic sequence. Plant breeders hope that some of these changes will result in desirable new traits.

In order to then keep just the desirable traits, but to remove those that aren’t desirable, breeders need to backcross the plants over many generations before they can be introduced into their traditional breeding programs.

GM, a technology that was commercialised in the 1990s, was viewed as a way to directly introduced these desired genetic traits, while avoiding the unnecessary years of back crossing to remove undesired traits.

However, just like with your mobile phone, if you compare the technology available then, with what is available now there have been a few upgrades. While early GM techniques allowed scientists to insert novel genes directly into the plant genome, thereby speeding up the breeding process, where in the genome they were inserted was random and unpredictable. Thanks to technological advancements, GE now allows us to precisely open-up the genome at a known desired location to introduce new traits.

Similarly, certain classes of GE can also be considered the upgrade to conventional mutagenesis. However, rather than the random sledge hammer approach of chemical or radiation induced mutations – where you ‘hope’ you will create a desirable mutation.  Our knowledge of genomics and access to genome sequences, mean we can now identify precisely the gene sequence we want to create a change in.

Prior to the European Court of Justice ruling, several EU Member States interpreted the GMO directive to conclude that certain cases of GE, which result in mutations to the existing plant genome (i.e. not the introduction of new genetic sequences) should fall within the same exemption category as mutagenesis. Indeed, this was the view taken by several countries outside of the EU, such as Argentina, Chile, Brazil, the US, Canada and Japan.

The dismay among the scientific and plant breeding community to the ECJ ruling has been very clear.

Plant breeders already do an excellent job of mitigating risks and ensuring the varieties they introduce to the market offer societal benefits. There is a belief that there are no negative impacts from varietal development that suggest additional regulatory oversight is needed, especially for those classes of GE, that result in an end product identical and indistinguishable from those developed by conventional breeding.

Given our changing climate and the need to sustainably feed an increasing number of mouths, we hope that our political leaders will revisit this vital technology and in-turn provide the European scientific community with the best possible tools to tackle the challenges ahead. Technologies that are already being embraced by our non-EU counterparts, giving them a competitive advantage.