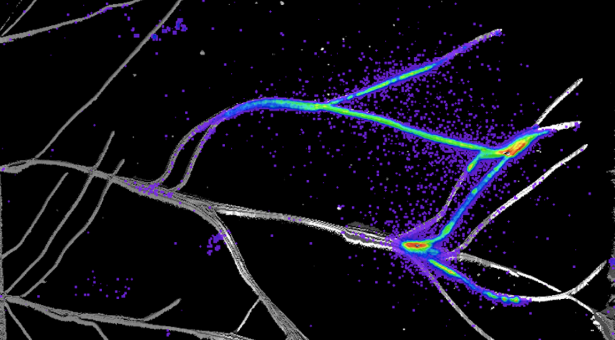 Professor Ray Dixon recently talked to Alliance for Science Live about his research on nitrogen fixing bacteria and the future of engineering this process to benefit agriculture, Lucy Anderson, looks back on Ray’s talk.

The Alliance for Science from Cornell University in New York, aims to promote access to scientific innovation in areas of food security and sustainability.

Professor Dixon was interviewed on the current challenges and possible solutions when it comes to nitrogen fixation and increasing crop yield.

Ray also spoke about his route into this research and why he is still dedicated to this area after 50 years.

After finishing his undergraduate degree at Reading University, Ray joined a unit of researchers at the University of Sussex tasked by the Government to work on understanding nitrogen fixation.

Ray developed an interest in nitrogen fixation during his undergraduate studies because there was a challenging element – that still exists – in understanding this process and he described joining the unit at the University of Sussex as being “thrown in at the deep end”.

New to genetic technologies, and without the now common techniques such as DNA cloning, Ray was able to produce the first engineered nitrogen fixing organism by transferring nitrogen fixing genes to E.coli using natural processes.

This then opened up the opportunity to better investigate how the process of nitrogen fixation works and identify the key genes.

His group works to understand the process of nitrogen fixation, and how gene expression in nitrogen fixing bacteria is affected by environmental factors.

Ray set the scene in the interview by giving a bit of background about nitrogen fixation, and how plants and humans can only absorb and use ‘fixed’ nitrogen. This is a form of nitrogen combined with hydrogen (to form ammonia) or oxygen (to form nitrate).

Nitrogen is abundant as a gas in the atmosphere, but gaseous nitrogen is unusable by plants and animals.

However, by carrying out the process of biological nitrogen fixation, bacteria and archaea can convert nitrogen gas to ammonia, thus producing fixed nitrogen that is an essential component of life, being a key element in many biomolecules, including for example DNA and proteins.

Some plants, such as legumes, create a symbiotic relationship with nitrogen-fixing bacteria called rhizobia that infect the plant, which in response to the bacteria develops structures known as nodules on the legume roots.

Within the root nodules the symbiotic bacteria develop into organelles that act like nitrogen fixing factories to supply nitrogen to the crop in exchange for carbon provided by the plant. The legume symbiosis is very efficient and can supply all the nitrogen demands of the crop. It is therefore a prototype for engineering nitrogen fixation in the future.

In addition to the legume symbiosis, nitrogen-fixing soil bacteria can associate with cereal crops to meet some of their nitrogen requirements. This process can be improved by inoculating cereals with nitrogen fixing bacteria as biofertilsers.

There are many biofertiliser companies throughout the world that prepare inoculant formulations and sell these to farmers. However, in general this technology is neither as efficient or robust as the legume symbiosis and year to year variations in yield are experienced by farmers. But inoculants are far cheaper than nitrogen fertilisers, so provide cost savings for farmers.

This technology is influenced by plant genotype, climate and soil type and appears to work better in some locations compared with others.

In Brazil, for example, inoculants are widely used by farmers and are regarded as being relatively reliable, whereas in other nations, inoculants are not widely used, probably because chemical fertilisers provide more consistent yields.

But what are the current avenues for research? Professor Dixon tells us about three;

Professor Dixon emphasised that this is a very sophisticated symbiosis between symbiotic bacteria and legumes in which the N-fixing bacteria are established in specialised organs, the nodules, formed on the legume roots. So engineering this symbiosis into cereals will be quite a challenge

Professor Dixon explained that here we cut out the need for the bacteria altogether, but it is necessary to provide an environment in which the nitrogenase is protected from oxygen damage and to introduce a large number of nif genes into the plant.There is interest in introducing nitrogenase into either plant mitochondria or chloroplasts as these organelles have roles in energy generation and N-fixation is energy intensive.

However, Ray explained that mitochondria cannot easily be manipulated by DNA transformation, so engineering these organelles involves insertion of genes into the nuclear genome and using signal peptides to target their protein products into mitochondria.

The alternative is to introduce nitrogenase into chloroplasts, which may seem paradoxical as these are the sites of photosynthesis which generates oxygen. Nevertheless, the photosynthetic cyanobacteria have evolved mechanisms to protect nitrogenase from oxygen damage and these strategies could be potentially mimicked in transgenic cereals to engineer N-fixation in chloroplasts.

Although N-fixing bacteria can be used as inoculants, Professor Dixon noted that these bacteria are not altruistic with respect to N release.“In other words they do not generally give up their ammonia to help the plant. So, the benefit the plant gets from these bacteria is probably when the cells die and there N becomes available to the crop”.

The first stage in developing synthetic symbioses is to engineer the bacteria that will excrete ammonia to benefit plant growth. Recent experiments with ammonia excreting bacteria do suggest that they have added benefits in terms of N-delivery to plants. However, bacteria that release ammonia can themselves become N-deficient and therefore non-competitive in soils.

To circumvent this problem we need to build in control circuits that only induce the bacteria to release ammonia, when they are intimately associated with the plant.

To increase the specificity of this plant-microbe interaction, we need to engineer plants to release signals that will attract the bacteria and turn on nitrogen fixation. Already, synthetic signalling pathways have been engineered in cereals to control gene expression in bacteria.

The image at the top of the page shows bacteria expressing nitrogen fixation genes on wheat roots.