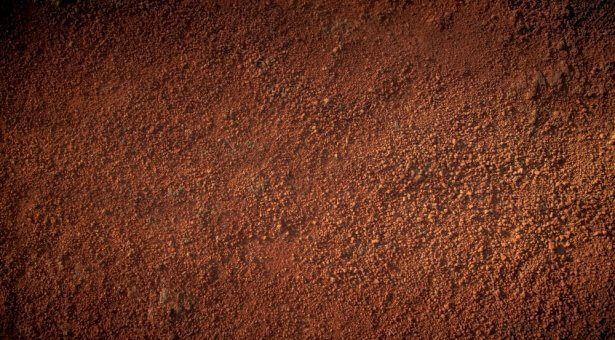 Dr Maria C. Hernandez-Soriano and Marco Fioratti are passionate about soil, we caught up with them to ask why we need to stop treating soil like dirt.

“Soil is often considered as an inert material, merely a physical substance into which roots can expand to find water and nutrients.

However, below the surface is an even richer environment than the one we observe above the surface; soil is home to millions of organisms: earthworms, nematodes, mites, insects, fungi and bacteria that have an essential role in our ecosystems. Excitingly, only a small percentage of soil micro-organisms have so-far been identified, so we don’t know exactly what amazing things there are yet.

A lot of people treat soil like dirt, but we rely on plants to survive and plants rely on soil for support, water and nutrients. Plants can’t move when conditions are harsh, or soil becomes unfertile. We can grow plants using hydroponics or compost for research purposes, but that approach can’t meet the food demands of the world population and a massive 95% of our food is directly or indirectly produced on our soils.

If that wasn’t enough, soil also;

Soil is the most important natural resource we have.

Worryingly, we are losing soil at an alarming rate through degradation, erosion and desertification, much quicker than we can replace it.

In optimum, undisturbed conditions and a mild climate, it takes up to 400 years to form just 1cm of soil, and that’s if you don’t try and grow anything in it. In wet, tropical, areas soil formation is faster, and you can create 1cm in a mere 200 years.

Predictions are not very optimistic, particularly with current agricultural practices, because any change in land management practices will impact on the diversity and functions of the organisms which live in the soil, which damages soil productivity.

In 2014 Maria-Helena Semedo, Deputy Director General of the Food and Agriculture Organisation (FAO) told a forum marking World Soil Day that we have 60 years of farming left. We’ve had five of those and if you do nothing and adopt non-optimal agricultural practices you can easily lose several inches of topsoil in a single season, via erosion.

Looking after our soil is not only important for plant health and crop production, but it also has important implications for climate change, because intensive agricultural practices release the soil’s carbon stocks into the atmosphere in the form of greenhouse gases and deplete reserves of essential nutrients.

Carbon contents in soils are extremely variable, ranging from close to 100% in peat bogs to less than 1% in heavily cropped arable land. Soil is a major sink for carbon in the form of organic matter, but once carbon has been consumed it can take centuries to replenish carbon stocks in agricultural and farmed land. Organic matter provides soil with important chemical and physical properties such as the capacity to retain water and store essential nutrients in forms that are easy to use by plants and soil organisms.

Another critical aspect that we need to address to develop more sustainable use of our soils is use of fertilisers. Currently, half the global food production relies on the addition of fertilisers, because only a limited fraction of the nutrients stored in soil, the soluble fraction, are available for the plants to take up.

Understanding how plants can make a more efficient use of the nutrients that are present in soil can help reduce our reliance on fertilisers and their associated negative impact.

Many of the standard agricultural practices commonly in use today have a detrimental effect on soil-dwelling organisms that perform the same function that the human interventions are aimed at providing, only more efficiently and without requiring payment.

Achieving a better understanding of soil trophic chains is vital to be able to develop practices that can favour spontaneous regeneration of soils and sustain loss-free nutrient cycling.

Our survival and the survival of future generations depends on the fertility of our soils, that is, their capacity to grow plants and produce food. It is of utmost importance that we give priority to the development of land use practices that meet our food demands but preserve the invaluable and not easily renewable asset that is our soil.

As the old Chinese proverb says; ‘Man – despite his artistic pretensions, his sophistication, and his many accomplishments – owes his existence to a 15 cm layer of topsoil and the fact that it rains’”