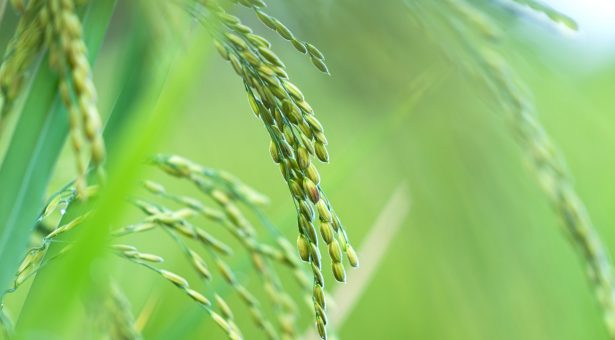 Dr Adam Bentham is a Postdoctoral Researcher in Professor Mark Banfield’s group, working on investigating the mechanisms of plant-pathogen interactions of the blast fungus Magnaporthe oryzae in rice.

We caught up with Adam to find out more about his time at the John Innes Centre as an Research Scientist.

Originally from Adelaide Australia, Adam grew up around science. His father is a microbiologist and grandfather a physicist. He was in the lab from an early age, having done his high school work experience placement in his father’s lab, streaking bacteria on plates and categorising chemicals.

From the age of 15 Adam already had his mind set to pursue a PhD. He was always good at science and this slowly grew into an interest he wanted to pursue further. This led him to enrol for an undergraduate degree in Biotechnology at Flinders University in South Australia, specialising with an honours in plant immunity.

Following a PhD using structural biology to study innate plant immunity with Professor Bostjan Kobe at the University of Queensland, in 2017 Adam decided to move halfway across the world to the John Innes Centre to work in the Banfield lab.

The current focus is on a specific pair of NLRs known as Pik.

The Pik receptors recognise effectors (proteins produced by the fungus that help cause disease) from the pathogen through an integrated domain known as a heavy-metal-associated (HMA) domain. If the HMA domain binds an effector, it activates the NLR immune receptor, and sends a series of signals that activate the plants immune response, fighting off the pathogen.

The usual response by the plant is to kill the plant cell the pathogen has infected, preventing its spread.

Adam’s research focuses on engineering HMA domains to increase the range of effectors these Pik NLRs bind to, increasing resistance in rice to Magnaporthe oryzae.

Adam continues “A big hurdle in the project was in the engineering of these Pik receptors, as this led to a process known as autoactivity. Autoactivity is when the receptors induce cell death even when the effector, and therefore the pathogen, is not present.

The Pik NLR pair consist of a combination of two receptors – a sensor and a helper receptor – and a former Postdoctoral Researcher Dr. Juan Carlos, found that if you swap different variations of these sensor and helper receptors with each other, this autoactivity is lost.”

Adam describes how when the first engineered HMA domain caused autoactivity, he thought the project would be over.

“Juan Carlo’s idea to swap the Pik receptors was very much a stab in the dark which surprisingly worked. It was an unexpected outcome but something we could follow up in a scientific way. It was really cool.”

This unexpected development meant that by swapping different combinations of sensor and helper receptors, Adam can continue his work to increase the recognition of Pik NLRs to more rice blast effectors, whilst avoiding any of the autoactivity issues initially caused by this engineering.

The ultimate goal of the project is to engineer these NLRs to increase resistance in different plant species, particularly crops, to a range of blast pathogens. Adam elaborates, “This could turn into a pipeline where we can detect a blast fungus in the field, have a look at its effectors, find out what these effectors interact with and integrate them into these NLRs – producing a cultivar resistant plant to this blast fungus that can be deployed in the field.”

Adam picked up an interest in plant immunity from his undergraduate lecturer, and research project supervisor, Associate Professor Peter Anderson at Flinders University. This research project strengthened Adam’s fascination for plant immunity, its gene-for-gene patterns and how effectors are used to overcome the plants immune response.

At around this time several crystal structures of proteins linked to Adam’s area of plant immunity were solved, sparking a curiosity in protein structure.

Adam then undertook a PhD within the lab of Professor Bostjan Kobe in Brisbane, Australia, working on NLR protein structures. During this time at Brisbane was when Adam knew he wanted to pursue a scientific career within plant immunity and structural biology.

After his PhD Adam joined the John Innes Centre, recalling that he could only think of three lab groups that were working in plant immunity and structural biology towards the end of his PhD – his current supervisor Bostjan Kobe, Mark Banfield and Professor Jijie Chai.

Adam had met Mark at a conference during his PhD and contacted him via email asking if any Postdoctoral Researcher positions were available.

Adam says, “In my opinion, there is a lot of power to cold calling. People like to plan ahead, project leaders always have projects in the pipeline, and it’s great for them if they know they could hire someone for that job. My advice is not to wait for job opportunities, there are always opportunities not advertised, you just have to get in touch.”

Reflecting on whether he experienced any hurdles through his career to date, Adam admits that the job can be stressful at times, “There were moments where I thought, maybe I could have picked an easier profession, but the satisfaction I get from working in science has always been enough to keep me going”.

Growing up in an academic household played a big role in his decision, “It’s really important for people to have some kind of exposure, not only to know what they’re getting themselves into, but also to know that doing a PhD is an option for anyone from any background. I was lucky to have that exposure growing up otherwise I may not be here.”

When asked about the big move from Australia to the UK, Adam explains, “It didn’t feel like that big of a move since I had already spent 4 years in Brisbane, 2000 km away from my home city of Adelaide.

My advice for people who make a big move for a job in science is to be aware of what effect it will have on your relationships. The move from Australia was quite easy as I wasn’t in any relationship and in my family, it was normal to have people who lived abroad. I know some people struggled with it a lot more than I did.

From a work point of view, moving gives you more opportunities to go to bigger and better places. Moving to the John Innes Centre has been one of the best decisions I’ve made career wise, you get so much exposure to plant science, and more specifically plant immunity, which I just wouldn’t have been exposed to if I stayed in Australia.”

Reminiscing on his four years at the John Innes Centre, the community here is what Adam describes most fondly. He explains that with a large international community, it feels like everyone is in the same boat.

Adam adds, “Central to this feeling, the Rec (the on-site recreational area) provides a nice relaxed social environment with no expectation, something I haven’t experienced anywhere else.”

Adam’s is finishing up his Postdoctoral research at the John Innes Centre this year, and we wish him the very best for what lies ahead.

This blog was written by Alex Borg, while he was on a Professional Industry Placement (PIPs) in the John Innes Centre’s Communications and Engagement Team. Alex is a BBSRC funded Doctoral Training Programme (DTP) student, affiliated with the University of Nottingham.