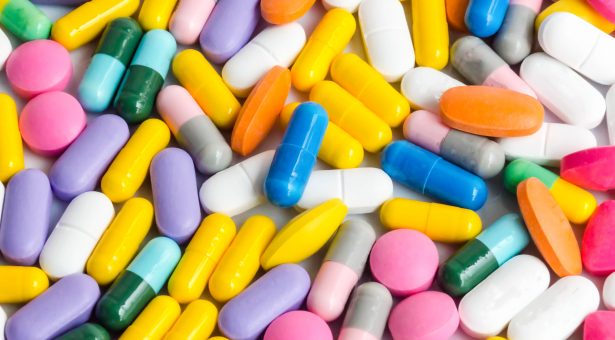 It is predicted that antimicrobial resistance (AMR) will be responsible for 10 million global deaths annually by 2050, more deaths than cancer, at a cost of $100 trillion to the world economy. The scale of the problem has led some to describe AMR as the “slow motion pandemic”, or framed as one of the four horsemen of the apocalypse.

Professor Tony Maxwell, group leader at the John Innes Centre says: “AMR is now well-recognised as one of the biggest problems facing us in the 21st Century. If we do not find solutions to it soon, we could be looking at epidemics of bacterial disease soon.”

“However, the solution isn’t going to be cheap or easy. We need a coherent plan with support from governments, industry and academia, working together to solve this problem. The cost of delivering this is many millions, however this pales into insignificance when you consider the cost of an AMR pandemic.

“We’ve had a recent stark demonstration of this in action, COVID-19 showed the world that infectious disease is out there, and pandemics be it a viral, or bacterial disease, are a real threat to civilization.”

Campaigns such as World Antimicrobial Awareness Week led by the World Health Organisation (WHO) are valuable in highlighting the threat to future generations as bacteria, viruses, fungi, and parasites evolve to become resistant to drugs such as antibiotics.

However, awareness is one thing, taking action is another.

There are multiple strands required to begin tackling the enormous challenge of the anti-microbial resistance crisis, including: reduced reliance on antibiotics, raising awareness of good practice among the public and health professionals, reducing the use of antibiotics in farming and providing funding for research and development into new drugs that are effective against disease causing microbes.

Professor Maxwell’s lab is one of around 40 groups engaged in AMR-related research at the Norwich Research Park (NRP) and the coordinating group “AMR on the NRP” meets regularly to discuss funding and collaboration opportunities.

Within this group there is a broad range of research expertise that drives national and international collaborations to provide the research and resources required to develop solutions to the AMR crisis, including searching for the urgently needed antibiotics of the future.

One approach they take is to explore drug candidates that have failed to make it into pharmaceutical production despite showing early promise.

A recent collaboration between the John Innes Centre and the University of Leeds combines computational modeling with traditional structural biology to revive scientific interest in a group of organic compounds, called thiophenes.

Thiophenes had been in development by a major pharmaceutical company and demonstrated effectiveness as antibiotics, before toxicity issues in mice experiments prevented them from progressing to human clinical trials.

This is a familiar story in antibiotic development, despite millions of dollars being spent on research.

By revisiting this research and using structural biology techniques to observe how thiophenes work on their bacterial target, the collaboration is able to suggest alternative compounds with the same mechanism, but without the toxicity issues that cause the earlier drug candidates to be discontinued.

This case highlights a key problem in the field of antibiotic discovery, says Maxwell: “The fact is, companies can no longer make profits from antibiotic discovery and development. If that wasn’t the case, then the problem of AMR would not exist. This leaves a gulf between fundamental discoveries in academia and drug development, which was formerly filled by big pharmaceutical companies. Academic research does not have the infrastructure, resources or funding to take antibiotic discovery to the clinic, it’s a multi-million-dollar pathway.”

The loss of big pharmaceutical companies has drained this area of research and development investment, and of people, skills, and expertise.

Professor Maxwell explains, “One of the consequences is that many of the people who used to work in antibiotic development in industry have been lost. Which means that we, the microbial science community, need to train people in relevant areas, be that at PhD, postdoc, or fellowship level.”

To deliver this, Professor Maxwell has a vision for a physical location, a UK hub for AMR, to bring together the pipeline spanning fundamental drug-discovery work like his and his colleagues here on the Norwich Research Park to the clinic.

“In the UK we need focus, an AMR hub, providing leadership, co-ordination and enabling people, organisations and industry to work on this challenge in a joined-up way.

“I used to think that antibiotic development could only be done by big pharmaceutical companies. But that is no longer true. There are sufficient small-medium enterprises out there who can provide the different elements. But bringing a diverse, interdisciplinary research community together requires sector and political focus for AMR, I believe it would be valuable to have someone at a senior Governmental with oversight.”

Maxwell believes the final piece of the AMR puzzle is to set this national focus within an international context.

His group has an ongoing collaboration with research institutes across India where the growing prevalence of tuberculosis (TB) due to AMR makes for an urgent medical crisis.

World Health Organisation (WHO) figures reveal that each day over 4,000 people die from TB and 300,000 people fall ill from the disease. Half a million people fell ill with drug-resistant TB in 2018. The problem is compounded because unregulated dosing of antibiotics leads to bacterial resistance, and in some parts of the world TB is now more than 90 per cent resistant to drugs.

The Healthy Plants Healthy People Healthy Planet (HP3) vision launched by The John Innes Centre and The Sainsbury Laboratory explores a future in which our science can deliver impact on global issues such as AMR. At its heart is a new UK hub for plant and microbial science based at Norwich Research Park, a place uniting interdisciplinary scientists and industrial partners seeking to solve global challenges.

Maxwell’s vision for AMR offers four elements which fit into this picture: partnerships of researchers and industry, in a physical hub, supported by national leadership and linked to international collaborations.