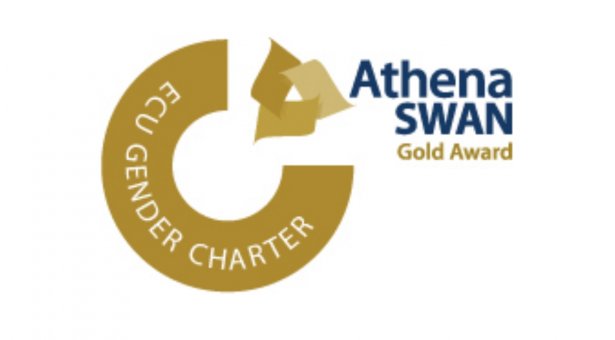 One year on from becoming the first Institution to be awarded Athena SWAN Gold, its impact on our culture continues to grow.

Our Gold Athena SWAN Award gathered together everything the John Innes Centre was doing to address gender equality, and was achieved, not by doing more, but by capturing what we already do.

The award recognised a culture that embraces flexibility, to provide family-friendly working practices, while demonstrating a commitment to career advancement for all.

Through being part of Athena SWAN, we’ve accelerated our commitment to gender equality and implemented new initiatives, aimed ostensibly at women, that have improved the culture here at the John Innes Centre for all staff regardless of gender.

Preparation for the Gold Award felt more inclusive than the Silver Award. Any reservations staff initially had about Athena SWAN had been overcome, enabling a more ‘ground-roots’ approach, involving many more people.

Staff and students were keen to point out where the gaps were and, importantly, to put forward ideas on how to address them. We were resolute that all our initiatives and interventions should be in place for a reason, backed up by evidence and, refined and tweaked in response to feedback – thereby ensuring that they are, and remain, fit for purpose; measurable.

One of the key areas of focus for our Gold Award was enhancing our family orientated initiatives set-up as part of our Silver Award.

It goes without saying that having children and working on fixed-term contracts, especially in science where performance is measured by the number and quality of publications, is not easy.

To try to and offset this concern, and provide more support at a critical time in an Early Career Researcher’s personal and scientific life, we introduced a new initiative committing institutional funding to extend the contracts of those on fixed-term contracts, mainly Postdoctoral scientists, for up to 6-months following return from Parental leave. This provides time for the individual to adjust to working and looking after a family and to finish off their research and publications putting them in a strong position for the next step in their career.

We also launched the ‘Stop the Clock’ initiative, aimed at tenure-track group leaders (essentially a 5-year review period ahead of tenure).

Originally ‘Stop the Clock’ was set-up to support tenure-track group leaders on parental leave, by stopping the clock for a year and providing extra resources to help mitigate the impact parental leave can have.

It soon became apparent that having a key group member take parental leave also impacts the output from a tenure-track group leader’s lab at a time critical to their science programmes. So, for our Gold Award submission we revised the policy to include stopping the clock if a key member of the lab goes on parental leave, making the policy more inclusive and of benefit to all group leaders regardless of gender.

The policy has been used three times since it was introduced in 2013 and has received positive feedback, with the benefits being felt across the Institute. Such has been its success, it is now seen as best practice and has been shared and adopted by other institutions including;

Our ‘Family Support Fund’ provides reassurance and ensures accessibility to conference and training for all staff. You might think having a fund like this would be a financial burden to the Institute, but this is not the case. The main beneficiaries are those who work part-time, as full-time workers already have childcare in place. However, for those people it provides peace of mind and removes the financial barrier to attending training or conferences.

After many years of campaigning, driven by John Innes Centre, the Norwich Research Park now boasts an on-site Nursery and holiday club. This has been needed for a very long time and will have a huge positive impact on parents here and across the Research Park.

We are also committed to helping those who have had a career break through caring responsibilities to return to research. While some organisations have gone down the route of funding their own Returner Fellowships, we chose to support the well-established Fellowship scheme run by the Daphne Jackson Trust and have committed to sponsoring a Daphne Jackson Trust Fellow every other year.

Our Daphne Jackson Trust Fellows contribute hugely not only to the science but also to the culture of the Institute.

For example, Siobhan Dorai-Raj our first Daphne Jackson Fellow, now a Postdoc in Prof Barrie Wilkinson’s lab, set-up the Parents and Carers Group, which has been expanded to include the other institutes on the Norwich Research Park. Siobhan initiated and drove this initiative recognising, from her own experience, that this group would make it easier for parents and carers.

All these initiatives require somebody who is living that world to take ownership and drive them forward. They all provide valuable support and peace of mind yet do not cost the earth. Testament to this is that many have been adopted by other organisations involved in the Athena SWAN Charter.

We’re fortunate to have people like Siobhan who are enthusiastic and passionate about their science and keen to make the John Innes Centre as inclusive and welcoming as possible, in turn making it a great place to work.

For example, take Dr Clare Stevenson, a member of the Research and Support Staff (equivalent to Professional and Support Staff in Universities) who’s passionate about improving the recognition and visibility of this critical group of staff.

It was Clare’s idea that the institute should be a founding signatory of the Technician Commitment and has also lead on our status as an Science Council Employer Champion.

We’re now one year on with the Technician Commitment and Clare recently wrote about our action plan for the coming two years. We have also teamed up with Gold Departments at University of Liverpool and University of Nottingham to share best practice.

One of things that I am most proud about our Silver Athena SWAN submission was that we included our Research and Support Staff. At the time, this was merely seen as best practice, but is now mandatory, giving recognition to this hidden army.

There are too many examples across the institute to include them all, but they include; Samantha Fox who is passionate about science education and has established our annual Women of the Future conference, going on to launch the Youth STEMM Awards.

Meanwhile, Dr Jodi Lilley from our International team, who recently wrote a blog about her work on capacity building in Africa, established a mentoring scheme that paired up scientists from the John Innes Centre and Sub-Saharan Africa.

Similarly, as part of our International activities, we became the first UK Institute to host African Women in Agricultural Research and Development (AWARD) Fellows for their Advance Science Training. This programme aims to strengthen the research and leadership skills of African women in agricultural science, empowering them to contribute more effectively to alleviating poverty and increasing food security in sub-Saharan Africa.

In the same vein, our international team is currently working to improve the ethnic diversity of our PhD students, through initiatives such as the Janaki Ammal Scholarship, named after a John Innes Centre alumna and became the first Indian women to obtain a PhD in Botany.

None of these initiatives or projects was done for Athena SWAN but they all speak to the Athena SWAN Charter principles. Having so many people at the John Innes Centre who are passionate about equal opportunities ensures that initiatives are driven from the ‘bottom-up’ in an organic way.

One of the lasting benefits of Athena SWAN is the heightened awareness of equality issues.

It has become second nature, at the very least, to consider and question gender equality in all aspects of the John Innes Centre such as; imagery, speakers, committee membership, recruitment and promotion, to name but a few.

Athena SWAN has impacted on how we approach every aspect of life in the institute and looking at how these can be improved.

For example, one of the first things that became apparent when we were preparing for our Silver Athena SWAN submission in 2013, was that the imagery within the corridors of the John Innes Centre was not inclusive. Everywhere you looked there were photos of white middle-aged men. Most of these images were speaker portraits from the prestigious Named Friday Seminar Lecture Series.

The realisation of this under-representation prompted 3 changes;

In 2019 we will have the official opening of our new Field Experimental Station in Bawburgh. At the suggestion of Dr Felicity Perry and Prof Claire Domoney, this will be named after Dorothea De Winton; a geneticist who worked for us from 1920-41.

This would have been unlikely to happen before our Athena SWAN awards, as the prevalence of men up until then had gone unnoticed, or was just accepted.

Working with Athena SWAN also opens the door to sharing best practice with other organisations. For example we have taken inspiration from the University of York around improving gender balanced recruitment and work closely with other fellow University Departmental Athena SWAN Gold holders including;

on our successful policies and other areas we can all improve.

Our Inclusivity and Diversity Committee has representation from across the Institute, from student to Director, each passionate about making a difference ensuring that everyone regardless of gender, role or position has the same opportunities.

For an institute to be successful, we all need to work together and be happy in our roles. For a scientific breakthrough to happen, it requires a whole army of people to support the scientists ultimately named on the publication or grant, from the Media Preparation Team, through to the people growing the plants in the greenhouses or in the field and the staff running our technology platforms. Everybody has a specialist role, everybody contributes, and everybody matters.

The culture we have developed is an inclusive one, where people feel both their opinion and work is valued. We have a collegial, respectful, inclusive environment that lowers activation barriers making it as easy as possible to do, and enjoy, science. This has all been achieved by embedding equal opportunities and the Athena SWAN Charter principles.

Our award of Gold Athena SWAN status demonstrates the progress we’ve made but is by no means the end point.

Our next step is to better understand how to tackle discrimination holistically. We’ve started with looking at how we can improve the ethnic diversity at the John Innes Centre.

We recognise that focusing on individual protected characteristics can compound equality issues, so future approaches will need to appreciate that individuals have complex, multi-layered identities.

We’re not complacent and recognise there is still much more we can do.