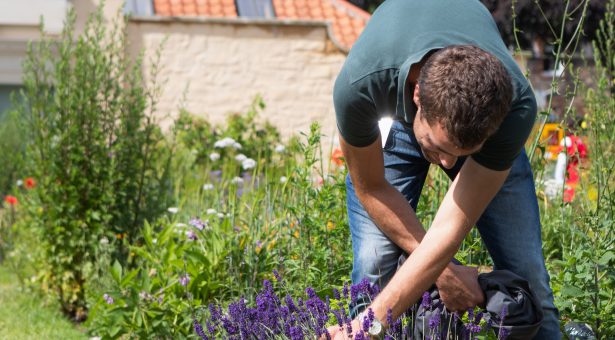 Both environmental change, increased movement and trade of plants and plant materials around the globe further increase the risks of a plant pathogen spreading.

Fortunately, Xylella is not present in the UK. For many years the bacterium was restricted to the Americas where it caused serious disease outbreaks in crops such as citrus, coffee, grapevine and peach. In 2013, Xylella was identified in diseased olive trees in the south of Italy. The much-reported outbreak of Xylella in Puglia, Italy, has drawn attention to the devastation that can be wrought by the disease. When a plant becomes infected with Xylella, the symptoms present as scorched or wilted leaves and the plant may eventually die. There is currently no cure.

Since the pathogen arrived in Europe, it has killed millions of trees, and has devastated livelihoods in Italy. Despite best efforts to contain the disease, and restrict its spread, it has outwitted attempts to stifle its impact. Outbreaks in ornamental and native species, such as lavender, oleander and rosemary have also been reported in France and Spain.

Xylella fastidiosa has been described as one of the most dangerous plant bacteria in the world. Despite this threat, very little is known about how the bacterium might spread in northern Europe as most research on Xylella and its insect vectors has been focused in warmer climates such as the Mediterranean and South America. That’s where BRIGIT comes in, working collaboratively to improve surveillance for Xylella in the UK and develop new methods to detect the bacterium. The project will develop our understanding of the factors that contribute to the likelihood of Xylella being introduced and spread in the UK.

Xylella is a bacterial pathogen, transmitted by insects that feed on the xylem, the tissues in plants that transport water from the roots to the leaves. There are parallels with human diseases such as malaria (caused by a plasmodium, transmitted by mosquitoes, infecting animals/ humans). While the biology and the insects are a fundamental part of the research, it’s clear that regulatory policy and increasing awareness and changing behaviours are at the forefront of the fight against plant pathogens.

The overall aim of BRIGIT is to decrease the risk posed by Xylella to the UK. BRIGIT will raise awareness to reduce the risk of Xylella being introduced, increase our capability to respond to outbreaks, and to mitigate the impact of the disease were it to become established. To ensure this happens effectively, the research goals have been developed alongside policymakers, so that the research provides scientific evidence tailored to the needs of UK policymakers. The BRIGIT consortium is represented on the UK Xylella preparedness board which coordinates the UK’s preparation for the pathogen. Meetings of the board facilitate a continuing dialogue between the project’s researchers and Government.

In September 2019, a workshop provided a forum for knowledge exchange between researchers and policymakers. The latest results were presented to government officials from across the UK, and strategies were identified for future work.

At this workshop the attendees examined the best way for researchers to deliver updates of scientific knowledge to government officials. As a result a statement of research outputs, accompanied by a timeline has been drafted to help inform the development of the Governments’ regulatory response.

For this project it is critical that policymakers, government officials implementing policy, and a wider group of key stakeholders are engaged. Industry groups include plant wholesalers, importers and nurseries. The broader public are also a key part of the picture when considering our response to new and emerging plant pest and disease risks to our trees, plants and agriculture.

The International Year of Plant Health (IYPH) aims to raise global awareness on how protecting plant health can help end hunger, reduce poverty, protect biodiversity and the environment, and boost economic development. The BRIGIT project is one way in which the John Innes Centre, with UK partners contributes to protecting plant health.