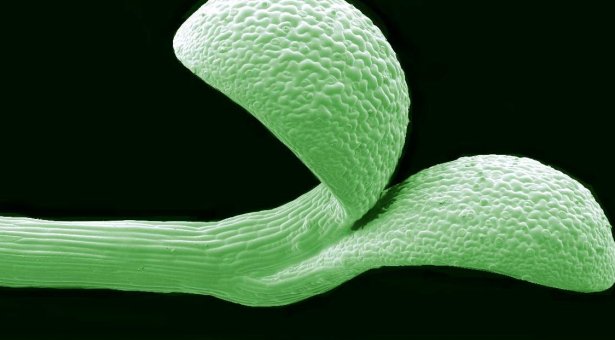 Producing large volumes of viable pollen is essential for maximising seed set, which is important for yield in oilseed rape and for breeding hybrid plants.

There is considerable genetic variability in tolerance of sexual reproduction in Brassica plants to temperature due to the effects of extreme temperature on pollen viability and its potential to germinate upon the female stigma. This can cause substantial losses of yield.

The aims of this work package are:

In work package 3 we have developed a high throughput screening technique for determining pollen viability and pollen germination.

We have used this to assess male fertility in the Brassica napus diversity set under normal temperatures and both heat and cold stress. We have found significant variation in this trait across the diversity set which we will use to identify what makes a good pollen donor. This data will be run through our associative transcriptomics pipeline to identify which genes are responsible for controlling the variation pollen viability.

Identifying germplasm and genetic loci which confer resilience to temperature stress during reproduction, will allow us to identify robust Brassica lines which once bred into commercial varieties will improve seed production for yield and the breeding of hybrid plants in oilseed rape.

In addition to screening the full diversity set we have performed a transcriptome time series on our smaller core set of five lines, collecting data from the male (anthers) and female (gynoecium) from developing buds and newly opened flowers.

These data will allow us to look at changes in gene expression during bud development, identify genes that are key to this process in Brassica and develop genetic network models. Data can be compared to identify changes in model species.

By improving our understanding of the genetic networks involved in sexual reproduction of the anthers, the gynoecia and the flower buds will provide new information on the role of genes in the development of these organs.

Comparison with candidate genes from Arabidopsis, identified from previous microarray data, will allow us to determine if similar relationships exist between model and Brassica crop species.