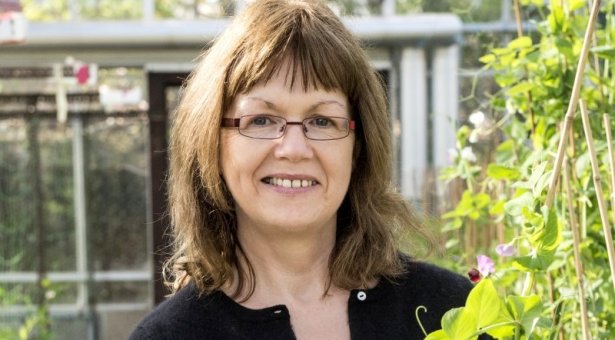 Professor Claire Domoney, Head of the Department of Metabolic Biology at the John Innes Centre, has been awarded an MBE in the Queen’s Birthday Honours list.

Prof Domoney has received the award for services to crop science and improvement to the UK pea crop.

“I feel very honoured and humbled in receiving this award,” said Prof Domoney.  “I thank everyone who has worked with me to ensure that research outcomes are translated to benefit stakeholders and UK agriculture.”

Prof Domoney is the UK’s leading academic researcher on the pea crop. Her innovative research and leadership are enabling the breeding and development of improved pea crops with superior quality for food and animal feed.

Her work is also contributing to breeding of varieties that are not prone to seed bleaching or to downy mildew disease  – a cause of large economic loss in the fresh pea industry.

The increased value of the pea crop brought about by the work of Prof Domoney’s lab is encouraging farmers to integrate pea crops into rotations and thus reduce the requirement for nitrogen fertilizer.

The MBE also recognises Prof Domoney’s pivotal role in promoting knowledge transfer. In the past decade she has devised and led three major platforms (the Pulse Crop Genetic Improvement Network, QDiPS and ProtYield), funded by DEFRA, BBSRC and Innovate UK.

“The work of the John Innes Centre has a direct benefit for agriculture and in this respect Professor Domoney’s leadership, skill, and enthusiasm have been exemplary.”

The award is the latest in a series for Prof Domoney’s work. In 2015 she was awarded the Royal Agricultural Society of England Research Medal, which recognises research work of outstanding merit of benefit to agriculture, and in 2016 she was awarded an Honorary Chair by the University of East Anglia.