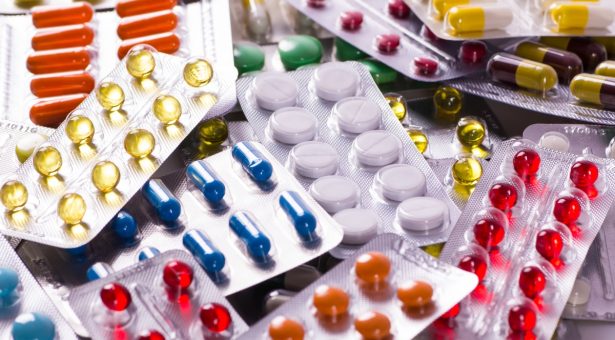 An antibiotic that binds to a well-established target in a novel and unexpected way could be the inspiration for designing new, more potent antibacterial drugs.

“A completely new way to beat bacteria is an exciting find at a time when resistance to existing antibiotics is growing,” said Professor Tony Maxwell from the John Innes Centre, lead author on the research published in Science.

The antibiotic molecule slots into pockets in the surface of a bacterial enzyme, DNA gyrase, and inhibits its activity.

Gyrase is essential for bacteria to survive and grow. However, it is not present in humans so is an ideal, and already established, target for antibiotics.

“If you can knock out this enzyme, you have a potential new drug,” says Professor Maxwell.

The molecule has two heads that dock into separate pockets in DNA gyrase, and together they are 100 times more powerful than when working individually. Neither pocket has previously been exploited by antibacterial drugs that target this enzyme. Although bacteria could develop resistance to this mode of action, it might be occur less readily than with other antibiotics.

“The fact that there are two pockets means that it might require simultaneous mutations in both pockets for the bacteria to acquire full resistance to the drug, which is much less likely,” explains Professor Maxwell.

“You could say that this is a case of two heads being better than one.”

The antibiotic molecule, simocyclinone D8 (SD8), is a currently unexploited natural product made by soil bacteria. SD8 itself does not easily penetrate bacterial cells, but it raises the possibility of finding other molecules that fit into the binding pockets, or designing molecules that work by this mechanism but that penetrate cells more easily.

The current method of antibiotic drug discovery is to screen protein targets or bacteria against vast libraries of compounds. Any hits are investigated in more detail.

The research reported in Science is a big advance as the scientists already know in detail how the molecule works. It can now be modified, or new compounds developed, to design new drugs.