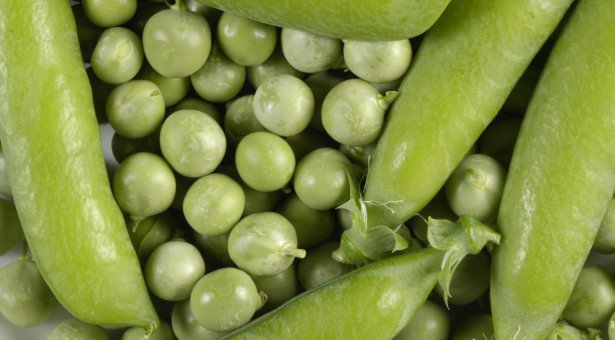 The research also shows that the composition of crops is likely to change with the climate.

“While many compounds have been reported to change in laboratory based drought stress experiments, few have identified how such compounds change in crops under field conditions,” says Dr Claire Domoney of the John Innes Centre.

The researchers used NMR spectroscopy to produce a profile of the levels of all the different small molecules or metabolites in pea plant leaves.

This profile, known as the metabolome, was then compared with that from plants subjected to controlled drought stress.  The study found several key plant metabolites increased under drought stress, some of which had not previously been shown to be involved.

Less water, especially at critical times in the growing season, means lower yield and quality. This new information could be used to identify varieties of pea and other pulse crops that are more tolerant to changes in water availability.

Drought stress also induced changes in compounds that could have an impact on taste and flavour. Changes in climate are likely to alter the characteristics of commercial crops and could possibly affect their value.

Peas and other legumes make a valuable contribution to sustainable food production by fixing nitrogen in the soil for the next crop, reducing the need for nitrogen fertiliser.