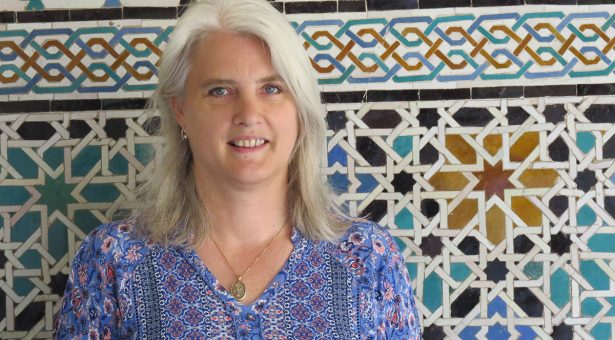 Professor Saskia Hogenhout has been elected a fellow of the American Phytopathological Society (APS) in recognition of her pioneering career.

The honour is made to current APS members for distinguished contributions to plant pathology and their commitment to mentoring.

Professor Hogenhout, a group leader at the John Innes Centre, focuses on understanding the mechanisms that drive interactions between plants and insects and the role of microbes in these interactions.

In a distinguished career, Professor Hogenhout has pioneered mechanistic molecular research on phytoplasmas – insect-transmitted bacterial parasites that inhabit the vascular tissues of plants.

Professor Hogenhout published the first and most influential research on phytoplasma protein effectors. These papers showed the precise mechanism by which the effector SAP54 hijacks plant development by generating a short circuit between two key host plant pathways.

The paradigm-changing discovery of SAP effectors helped shift the focus of research from an emphasis on hormone imbalance to protein effectors.

Research on phytoplasma SAP effectors is now flourishing, with dozens of papers being published on the topic.

Following her arrival at the John Innes Centre in 2007, Professor Hogenhout initiated an ambitious new program on the molecular basis of aphid-plant interactions. The emerging field of aphid effector biology, which she pioneered, also helped move research on insect-plant interactions from a traditional emphasis on insect behavior and chemical biology to molecular interactions between insect and plant proteins.

The award also recognises Professor Hogenhout’s commitment to teaching and training students and postdoctoral researchers, helping them to fulfill their potential and forge successful careers.

It also recognises her leadership of collaborative multidisciplinary research projects, the most recent being the BBSRC-funded BRIGIT consortium which brings together 12 institutions to enhance surveillance and response to the threat of the plant disease Xylella fastidiosa.

The APS, founded more than a century ago, is an international community of scientists with members from academia, government, industry, and private practice.

The citation announcing the award of the fellowship concludes: “Saskia Hogenhout has made seminal discoveries that have reshaped fundamental knowledge and opened the door to translational opportunities. Her reputation spans the fields of plant pathology, molecular genetics, bacteriology, and entomology…. she is unique in being a regular speaker and session chair at leading conferences in each of these fields.”