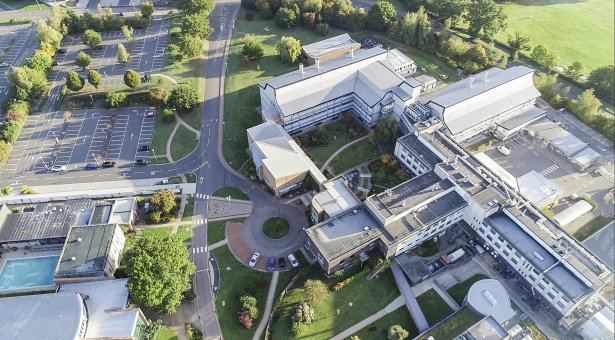 Two scientists from the John Innes Centre have been elected as Fellows of the Royal Society, the premier scientific accolade in the UK.

Their breakthroughs in fundamental research have pioneered advances in antibiotic discovery and in crop improvement from which we all benefit.

Professor Mike Bevan pioneered methods for expressing foreign genes in plants that underpin the crop biotechnology industry. He instigated plant genome sequence analyses and has recently completed the first draft of the wheat genome. This work will accelerate breeding and genetic analysis of this globally important crop.

Professor Mervyn Bibb’s research focus is on how soil bacteria such as Streptomyces make antibiotics. Nearly 80% of clinically used antibiotics are derived from these microorganisms. His breakthroughs assist drug companies in their quest to make new and improved antibiotics. A spin-out company based on his work has an antibiotic about to enter phase 2 clinical trials.

“Although their research fields are seemingly disparate, Mike and Merv have both demonstrated the power that genetics can bring to a fundamental understanding of life.”

“This research will set the stage for genetically-based translational advances that address national and global issues in the areas of food security and human health.”

The Fellowship is the backbone of the Royal Society, made up of the most eminent scientists, engineers and technologists from the UK and the Commonwealth. Fellows are elected through a peer review process on the basis of excellence in science that culminates in a vote by existing Fellows.

Insights from this work will provide new ways to increase crop yields and breed new crops.

Professor Bibb is working on as-yet clinically unexploited antibiotics made by Streptomyces and their close relatives. He is exploring ways to engineer the bacteria to produce new and improved variants. Their ability to withstand emerging antibiotic resistance will be crucial.

“Election as a Fellow of the Royal Society would not have happened if it were not for the hard work and intellectual input of a large number of students, post-docs and visiting workers,” said Professor Bibb.

“For both Mike and me, our achievements are based on the efforts of our respective research groups and we each have many people to thank for this recognition.”

Sir Paul Nurse, President of the Royal Society, said:  “Science helps us to better understand ourselves and the natural world around us and has a huge role to play in future economic prosperity and the health of our planet and its 7 billion people. In the coming decades we are going to find ourselves more and more dependent on the solutions. Science can offer to grand challenges such as food shortages, climate change and tackling disease. These scientists who have been elected to the Fellowship of the Royal Society have already contributed much to the scientific endeavour following in the footsteps of pioneers such as Newton, Darwin and Einstein and it gives me great pleasure to welcome them into our ranks.”