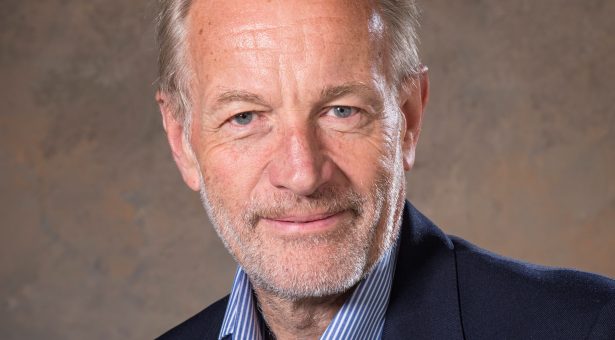 Today, as antibiotic resistance nears a crisis point, his work to understand how soil bacteria produce antibiotics is more vital than ever.

What sparked your interest in science?

I have always been interested in the “natural world”, but it was my biology teacher at school who was responsible for focussing my interests. He was an excellent teacher, and a very likeable person. His enthusiasm for the subject shone through. He took an interest in all of his pupils regardless of ability, which I always admired and tried to emulate.

What drew you towards genetics?

At that time, almost all Universities were offering traditional courses in e.g. botany, microbiology, physiology, biochemistry.

In contrast UEA was offering a degree in Biological Sciences, which provided an excellent grounding in a wide variety of topics before increasingly specialising in years two and three.

In my first year, we received lectures on genetics from David Hopwood, who is a superb teacher. My decision was made…

Why did you start work on Streptomyces?

In my third year at UEA, I did a project at the John Innes Centre with Keith Chater on viruses that infect Streptomyces. That was my first interaction with these fascinating organisms, and the start of a life-long association.

After that, I was offered a PhD studentship with David to work on Streptomyces genetics, which I eagerly accepted. Streptomyces are bacteria from which over half the world’s antibiotics are sourced.

In addition to the attraction of a tractable genetic system, I had already realised that the John Innes Centre was an excellent place to carry out research.

Why did you start work on antibiotic production in Streptomyces?

I am a geneticist at heart and by training, and I still get a thrill when we figure out how something “works” at the molecular, or close to molecular, level.

It is the fundamental research and science that really excites me. But working on something that might have value to society is also appealing.

Carrying out research on antibiotic production in Streptomyces, and other actinomycetes, which is certainly challenging, ticks both boxes.

In the early 2000s, you took a three year leave of absence to work in a biotechnology company in San Diego. Why did you do that?

It was a decision that seemed to surprise many people, but it was a natural extension of my academic career.

I was keen to see whether the fundamental discoveries that we had made could be transferred to an industrial setting, and I am pleased to say that they were (and still are).

It was an excellent experience and I would encourage other academics, where possible, to get a feeling for how industry and companies work. It gives you a different perspective and San Diego is a very nice place to live…

Has your work at the John Innes Centre had any practical consequences for antibiotic discovery and development?

There is an urgent need for new antibiotics. Witness the recent media publicity, I believe we are making a significant contribution to addressing this problem.

It is particularly satisfying that two companies have emerged from work carried out in my group at the John Innes Centre – Novacta Biosystems (who now have an antibiotic proceeding to Phase 2 clinical trials) and Procarta Biosystems, who are taking an alternative approach to anti-infective therapy.

We also provide resources and advice to many pharmaceutical and biotech companies worldwide to assist their R&D activities.

Of what in your science career are you most proud?

Although I am pleased by all of the academic contributions we have made, I think that the most satisfying aspect of my career is the training that we have provided for young scientists.

This is particularly true for postgraduate students – it is incredibly pleasing to see how they grow in confidence and intellectually during their PhD studies.

Making (hopefully) a positive contribution to their future careers, and lives, is probably my proudest achievement.

What do you think the FRS election recognises in particular?

I hope that it recognises the sustained excellence of our science.

I feel very fortunate to have been intimately involved from the beginning in the application of molecular biology and molecular genetics to Streptomyces research.

In addition to our fundamental studies, we have made a number of technical breakthroughs that have found world-wide application – for example, we invented the technology for introducing DNA into Streptomyces, providing the means to genetically manipulate these medically and industrially important microorganisms.

But of course, this recognition would not have happened if it were not for the hard work and intellectual input of a large number of students, post-docs and visiting workers. It has been a group effort and I have many people to thank for being elected as a FRS.

What made you return to Norwich from the US twice?

After my PhD at the John Innes Centre, I spent four years as a postdoc in Stanley Cohen’s laboratory at Stanford University in California. Another wonderful experience and place to live.

We then wanted to start a family and decided to return to the UK. I came back to interview (successfully) for a lectureship at a northern University, and popped into the John Innes Centre to see old friends only to find that our then research council had discovered biotechnology, and the institute was just about to advertise a new group leader position. It was just like being given the opportunity to play for Manchester United (or even Barcelona) – the John Innes Centre was the best place on the planet to carry out Streptomyces genetics.

Fortunately I had not accepted the other position. While our more recent period in San Diego was also very enjoyable, the opportunity to return to academia, with its relative intellectual freedom, while maintaining industrial interests, was too alluring to resist. Norwich is also a very nice place to live, particularly with a wife and two young daughters.

What are you working on now?

Much of our current interest is focussed on unusual and clinically unexploited antibiotics made by Streptomyces strains and their actinomycete relatives.

Our aim is to understand how the organisms make these compounds. We can then use that knowledge to engineer the producing bacterium to make more of the antibiotic (crucially important as compounds move towards clinical trials) and perhaps even more importantly to produce variants with potentially improved pharmaceutical properties.

Are there particular events that have occurred as a consequence of your career that are particularly memorable?

Probably the most memorable is a visit to 10 Downing Street in 1989 to explain, with other “young scientists”, our work to the then Prime Minister, Margaret Thatcher and her Cabinet.

She decided that she wanted to hear it “from the horses’ mouths” rather than her scientific advisors. Walking up the curved staircase in number 10 with the photos of past PMs was certainly an experience. I still have the printed lunch menu and table napkin…

What do you hope to achieve in the future?

To continue to enjoy the thrill of carrying out fundamental research in such an excellent research environment.

I feel very fortunate to have had the opportunity to spend so much of my career at JIC. Doing academic science should be fun, and the quality of the researchers at the John Innes Centre, at all levels, not to mention the facilities, go a long way towards ensuring that that happens.