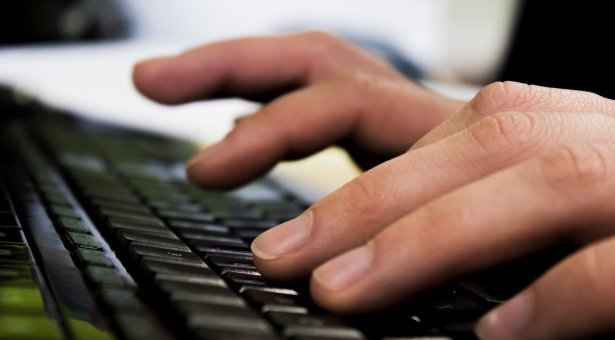 “I now know a few words of pigeon “journal-speak”. And publishers are picking up the science journalist and press officer vernacular. It’s true and I’ll provide some evidence.

I chaired a crash course in each others’ worlds at PCST recently. For too long and too frequently I may have kept in touch with a scientist and the journal with whom they are publishing over days, weeks or months, tracking the progress of a paper to publication only for that paper to suddenly appear online. With not a smidgen of notice.

“Some journals have a timetable as rigid as the Japanese bullet train…” I would cry. “How come others are as capricious as British trains confronted with leaves on the line?”

“And if they have no set timetable, can’t they at least be fitted with brakes so they can stop at press officers’ and science journalists’ desks and be redirected to worldwide fame?”

Without that stop, they head straight to the scrapyard like poor Old Slowcoach in Thomas the Tank Engine, however loud an announcement I make.

Giving a bit of notice allows a science journalist to scrutinise a paper before it goes public and to prepare a story that gives it its proper place in the wider world. With enough notice, I might want to film and edit a video as well as write a press release. Or organise a press briefing.

Sometimes, a journal editor appears to understand this and to have the will to provide notice. But even then they may be unable to control the publication process so the paper shoots all the stops, crashing beside Old Slowcoach.

Tom Reller, head of global corporate relations at Elsevier, said today: “We can see these issues bubbling to the surface more often and are now grappling with best practice.”

At the moment, he can ask publishing staff to tag an article, tracking its progress to online publication. They can get advance notice of when it might be published to within 24 hours’ accuracy. This helps because it at least provides time to prepare whatever press activity best fits. Or with articles in some journals he can request the production process shifts to manual, and brakes sufficiently to provide a few days’ embargo.

At Nature, I have noticed publication speeding up too. The supersonic Ruth Francis was apologetic that the advance notice she is able to give is contracting. But even a few days’ notice can be sufficient when combined with an in-house system between scientists and their press offices to keep track of publication.

Tom also said that he can feed back to his portfolio of journals why science press officers bang on about wanting notice. It helps science journalists write a good story and it in turn can benefit authors. Author relations are the lifeblood of a journal. Press coverage can help improve the understanding of controversial science, it can help push citation rates, and it can help scientists make new research and industry contacts.

Eric Merkel-Sobotta from Springer described how the amount of information being generated by science publishers has grown by three to 5% every year for the last 200 to 300 years. Publishers will not throw three to 5% more resources at press coverage.

But Eric will feed back to the International Association of Scientific, Technical and Medical Publishers, a body of which I had never before heard, but which he chairs, that advance notice of online publishing helps support good science journalism. He is happy to receive a compelling summary of “ideal rules”, which can include other issues raised by science press officers, and which I am happy to coordinate.

The editors of upcoming new open access journal eLife will also be inviting comment over the summer as they build their embargo policy. I have talked with them about putting something, when they are ready, on stempra (the science, technology, engineering and medicine public relations association).

So you don’t really need to know the language of journal “workflows” and publishers need only know the basics of the science press officer world. Do get in touch if you want to build on the momentum. We might never have the efficiency of the Shinkansen but we can keep our stock out of the scrapyard.”