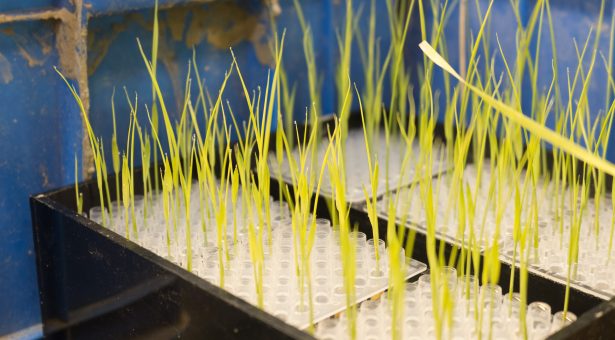 Scientists have developed a new high-throughput method for extracting RNA from Arabidopsis plants.

Advancements in plant molecular biology, particularly in studies of gene expression, mutant detection and trait mapping, mean that experiments are reliant on the analysis of increasing numbers of samples.

High-throughput techniques for processing and analysing these samples are well developed.

For example real-time qRT-PCR, used to quantify gene expression, has become quicker and able to process more samples. This has, however, turned the extraction of samples from plant material into a bottleneck in the whole process.

Now, a group of researchers studying natural variation in the vernalization response in Arabidopsis have reported in BioMed Central’s open access journal Plant Methods an efficient high-throughput way of extracting RNA to overcome this problem.

The group have used the protocol to extract over 3,000 samples of RNA from Arabidopsis seedlings.

These have been used to investigate FLC, a gene that regulates when Arabidopsis flowers.

The vernalization period varies in duration between natural Arabidopsis accessions allowing them to adapt locally to the prevailing winter conditions and prevent early flowering before winter has passed.

The new protocol has allowed the group to extensively characterise the pattern of FLC expression after different periods of cold in hundreds of natural Arabidopsis accessions.

This work is part of an international collaboration between the John Innes Centre, the University of Chicago and The Gregor Mendel Institute in Vienna that aims to investigate the molecular basis of adaptive variation in Arabidopsis.

The protocol, which is time- and cost-effective and uses material and equipment common to most molecular biology labs, was published in the journal Plant Methods, where it was selected in the ‘Editor’s Picks’ section and has been one of the most viewed papers since publication in mid March.

Dr Mathew Box, who helped develop the protocol, said “We’ve had quite a lot of interest in the protocol. It has been accessed more than 3,000 times. Although the protocol was designed for Arabidopsis we believe that it could be of significant benefit to any other plant scientists needing to perform large numbers of RNA extractions.”