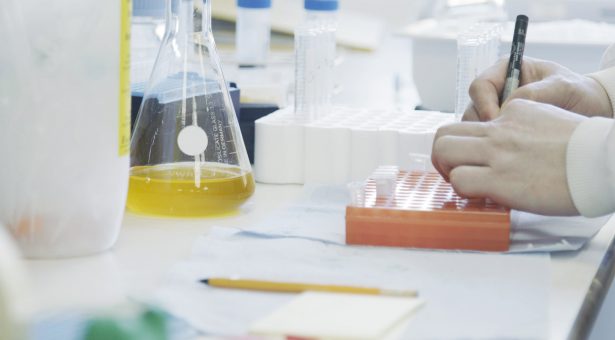 A compound from the South African toothbrush tree inactivates a drug target for tuberculosis in a previously unseen way.

Tuberculosis causes more deaths worldwide than any other infectious disease. At the same time as rates are increasing, resistance strains are emerging due, in part, to non-compliance with the treatment required.

Current drugs are nearly 50 years old and alternatives are needed to the long, demanding treatment schedules.

The compound under research, diospyrin, binds to a novel site on a well-known enzyme, called DNA gyrase, and inactivates the enzyme. DNA gyrase is essential for bacteria and plants but is not present in animals or humans. It is established as an effective and safe drug target for antibiotics.

“The way that diospyrin works helps to explain why it is effective against drug-sensitive and drug-resistant strains of tuberculosis,” said Professor Tony Maxwell from the John Innes Centre.

In traditional medicine the antibacterial properties of the tree are used for oral health and to treat medical complaints such bronchitis, pleurisy and venereal disease. Twigs from the tree are traditionally used as toothbrushes.

Most antibiotics originate from naturals sources, such as the soil bacteria Streptomyces. Antibiotics derived from plants are less common, but they are potentially rich sources of new medicines.

“Extracts from plants used in traditional medicine provide a source for novel compounds that may have antibacterial properties, which may then be developed as antibiotics,” said Professor Maxwell.

“This highlights the value of ethnobotany and the value of maintaining biodiversity to help us address global problems.”

The work on diospyrin and related naphthoquinone compounds is being continued by Professor Maxwell as part of the efforts of a consortium of European researchers, More Medicines For Tuberculosis (MM4TB). The collaboration between 25 labs across Europe is dedicated to the development of new drugs for TB.

The work was carried out by PhD student Shantanu Karkare and postdoctoral researcher Fred Collin and will be continued by South African Research Assistant Natassja Bush. It is published in the Journal of Biological Chemistry.