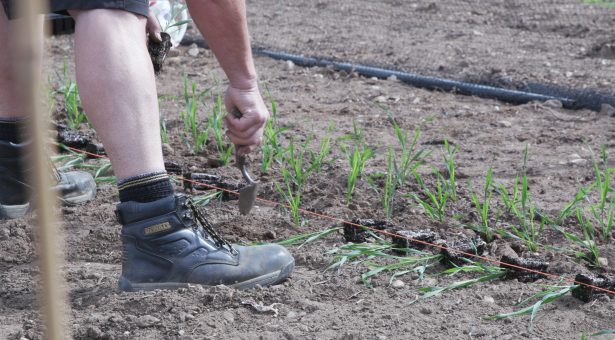 Field trials of wheat biofortified to produce white flour with extra iron have begun following approval by the Government.

The three-year crop trial will take place at the John Innes Centre within existing confined facilities between April and September each year (2019 to 2022).

The project follows advances in wheat genome sequencing which has allowed researchers to identify the genes responsible for the transport of nutritionally important iron. Using genetic engineering techniques, the researchers have been able to move one gene and make it active in the endosperm section of the wheat seed.

The endosperm is the central, starchy part of the wheat seed, and makes up about 70% of the whole. It is this part of the seed which produces white flour, and has a low iron content. Currently, white flour is fortified using iron powder or iron salts to regulation levels of 16.5 micrograms per gram.

The crop trials, if successful, will remove the need for this process by producing a line of wheat in which the plant itself produces 20 micrograms of iron per gram.

Also, wholemeal flour which uses the bran and wheat-germ portions of the seed, contains more iron but it is not all absorbed into the body. By producing high-iron white flour we can reach more people and make the biggest impact on public health.”

Iron is an important micronutrient, boosting haemoglobin levels in the blood. Increasing levels of iron in everyday food could help the estimated one billion people that suffer from iron deficiency (anaemia) worldwide.

Initial funding for this project came the global charity Harvest Plus whose mission is to improve the nutritional value of major staple crops and they have prioritised iron biofortification.

All intellectual property of this project is publicly owned and will be freely available to breeders and farmers to access and use, where regulations allow for GM crops allow.

Professor Cristobal Uauy, Group Leader at the John Innes Centre, explained why the trials are necessary and timely.

“Wheat is one of the main foodstuffs in the world. Here in the UK over 99% of households consume wheat products. For many years, we have tried to improve micronutrient content in wheat, especially iron content, but it is difficult using traditional breeding methods. We’ve seen small increases, but not to the levels required to have a positive public health impact.”

“We have been working for several years in the glasshouse and we know these wheat plants are able to accumulate a high amount of iron. Now the important thing is to see how they grow and behave in the field. We look at how they take up nitrogen from the soil, and move it into the seed, and we observe how plant grows. If we see that the plants behave as they do in the glasshouse we are one step closer to having an impact on public health.”

The application to hold the trials was made under section 111 of the Environmental Protection Act 1990 and considered by the Secretary of State along with other representations relating to risk of environmental impact.