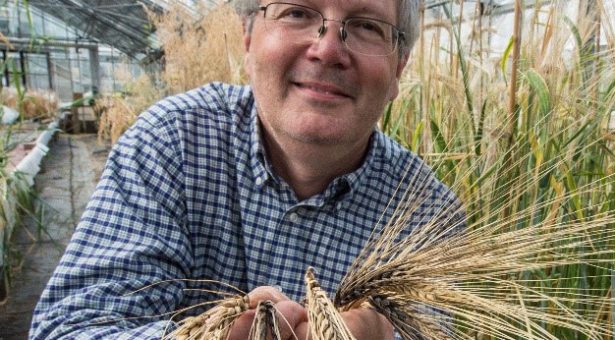 For the first time in nearly a century drinkers will be able to taste beer made from Chevallier, the classic heritage barley from the Victorian period.

Old varieties are a rich source of new genes, and scientists at the John Innes Centre revived Chevallier from the institute’s Germplasm Resources Unit as part of a barley improvement project. Historic records indicate that the variety produced premium quality malt and good yields.

The scientists have received £250,000 of new funding from the Biotechnology and Biological Sciences Research Council to explore the commercial potential of this and other new varieties derived from heritage barleys and to investigate the best growing methods.

“‘We wanted to find out how the variety performed, what the malt was like and how the beer tasted,” said Dr Chris Ridout who leads the project.

Dr Ridout and his team revived the variety from seed in the John Innes Centre’s Germplasm Resources Unit and started to evaluate its performance.

In collaboration with Brewlab and the University of Sunderland, the scientists discovered that Chevallier had valuable disease resistance that can prevent contamination of grain with mycotoxins, which are a concern in the malting industry.

They went on to grow half an acre of the Victorian barley during 2012 at the John Innes Centre, and the grain was then floor-malted by Crisp Malting Group at Great Ryburgh, Norfolk.

“We found that we brought back to life a distinctive malty flavour suited to certain types of beer, such as Porter and India Pale Ale, which were popular in the Victorian period,” said Dr Ridout.

“We are now performing genetic analyses which will help us understand how valuable traits such as disease resistance, malting quality and nitrogen use are inherited.”

From 19 April, a heritage special bitter made from Chevallier by Stumptail Brewery will be available at the Duke of Wellington pub in Norwich. This nut-brown ale has a rich malty flavour and a lasting bitter finish. It comes with an ABV of 4.7%.

This year, visitors will be able to see Chevallier growing at the Gressenhall Museum of Rural Life in Norfolk, where it will be grown using organic methods. It will also be grown at Morley on land owned by the John Innes Foundation, with modern methods including application of fungicides and nitrogen fertiliser. Differences in yield and the quality of the malt in the two growing regimes will be investigated.

Dr Ridout has now registered Chevallier as a conservation variety, recently published in the Plant Varieties and Seeds Gazette.