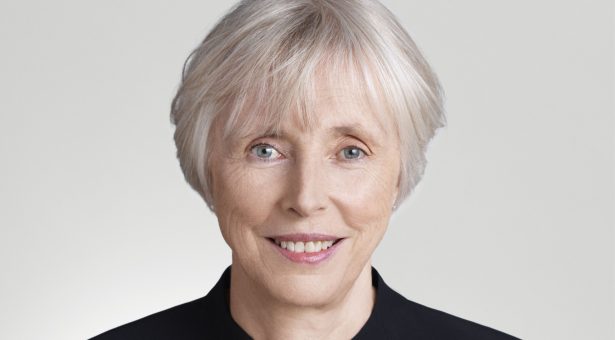 Professor Caroline Dean, is to be the recipient of a BBSRC Award for Excellence in Bioscience.

In particular, she is celebrated for her pioneering role in the uptake and development of Arabidopsis thaliana as a model species for plant research, and in using this small garden weed to advance understanding in the field of epigenetics.

Caroline obtained her PhD from the University of York in 1982 and studied the development of chloroplasts in wheat. She took up a postdoctoral position in the United States, working for the then brand new commercial company, Advanced Genetic Sciences.

Caroline said: “Moving to the US was a real ‘fork in the road’ moment in my life. By taking that opportunity, not only did I get to live in sunny California, but I was also exposed to innovative science using new, cutting-edge plant genetic engineering techniques. Arabidopsis thaliana was just emerging as a potentially useful model for plant research, so on returning to the UK I established a research programme to investigate flowering time in Arabidopsis.”

To help understand the molecular basis of vernalization – the onset of flowering after a plant has experienced a period of cold – Caroline established essential tools and resources for the emerging Arabidopsis research community. She instigated and coordinated key projects for genetic analysis and gene cloning. Later she was involved in the Arabidopsis genome project and co-ordinated ARAB-UK, predecessor to the ongoing BBSRC-funded GARNet network.

Using these tools and resources, Caroline went on to investigate regulation of the crucial target gene FLOWERING LOCUS C (FLC); a ‘brake’ to flowering that is removed as plants overwinter. She elucidated the mechanism whereby its expression is progressively shut off by cold. This silencing is then remembered throughout the rest of the plant’s development until seed are made, at which point the gene is switched back on. These findings are of interest not just to plant scientists, but to animal model and human biologists too.

As her research in this area progressed, Caroline realised that non-coding, ‘anti-sense’ RNA complementary to the FLC gene are an important component of its regulation. Indeed, the cold directly regulates these antisense transcripts, so she is now pursuing their role as the ‘thermometers’ for sensing winter temperatures.

Caroline continues to lead a thriving laboratory at the John Innes Centre. She is a well-respected member of the scientific community with over 150 peer-reviewed publications to her name, putting her in the top 1% of highly cited authors. She also serves on numerous panels, committees and journal editorial boards, is a Fellow of the Royal Society, a Foreign Member of the US National Academy, and was awarded an OBE in 2004 for services to plant science.

Speaking about her BBSRC Award for Excellence in Bioscience, Caroline said: “I’m very pleased to have received this award. It is a great honour.”