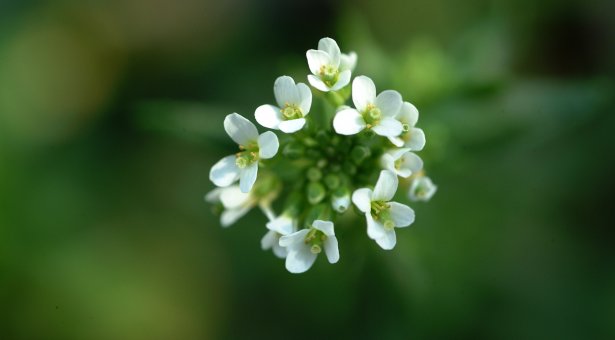 Scientists have taken another crucial step towards understanding how plants initiate flowering.

This new development uncovers a previously unidentified step in the process of vernalization, which links an important gene responsible for flowering time to the proteins that regulate it.

This new finding could contribute towards the development of new varieties of crops adapted to produce the food we need in a changing climate.

Decades of research have already gone into understanding the process of ‘vernalization’, how plants sense periods of low temperature, and ‘remember’ this information in order to control the timing of flowering. It ensures plants avoid flowering during the destructive winter months, and instead flower during the warm spring and summer months when they have ample time and sunlight to produce seeds. Understanding vernalisation is therefore of vital importance to the success of commercial crops such as oil-seed rape and broccoli, among many others.

This remarkable process relies on plants ‘remembering’ how much time has elapsed in low temperature conditions, through the gradual modification of a specific gene found in plant cells.

Previous research has shown that flowering is suppressed by a gene called FLOWERING LOCUS C (FLC). During periods of cold temperature, proteins around which the gene is wrapped are progressively modified and this shuts off expression of the gene, eventually enabling the plant to make the switch from the ‘growing’ stage to the ‘flowering’ stage of development.

While research has identified the regulators involved in shutting off the FLC gene, no research had managed to work out how these regulators identify their correct target.

In this new work, the team of scientists led by Professor Caroline Dean at the John Innes Centre let genetics show them the way. They studied a population of mutated plants and found an individual that failed to correctly respond to cold. They then tracked down where the mutation occurred in this individual, and found it to be a single base pair change within the FLC gene.

Further experiments successfully identified how the protein VAL1 recognises the DNA sequence within the FLC gene. In the plant which failed to correctly respond to cold, the mutation prevented that recognition, so FLC could not be shut off.

Professor Caroline Dean said, “This exciting new development provides the first glimpse of how regulators in a cell identify which target genes to switch off. At FLC a specific sequence is recognised and without this sequence FLC won’t be suppressed and the plant will never flower.”

The paper, co-authored by Argentinian visitor Dr Julia Questa and published in Science, also outlines how the team investigated the binding site of VAL1 in the FLC genes of several closely related Brassica species and found it to be conserved, suggesting this type of regulation has been evolutionary conserved for the control of flowering.