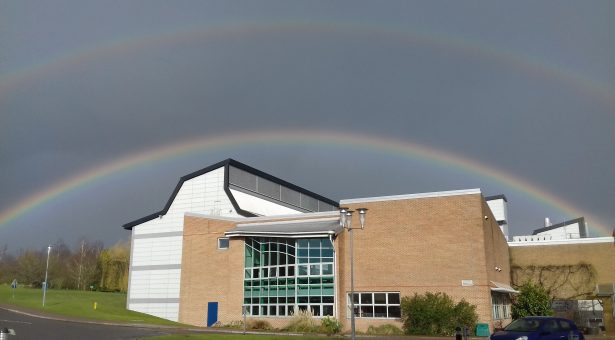 For the recent BBC show ‘Icons’ viewers were asked to vote for the most iconic person of the 20th century. Representing the scientist category, and the ultimate winner, was Alan Turing.

Turing is most famous for his work during world war two to crack the enigma code, which allowed the allies access to Nazi communications. He also made great advances in mathematics, computing, and theoretical biology.

His status as the most iconic person of the 20th century is something that would never have been accepted during his lifetime for the simple fact that he was a homosexual and, in the eyes of the British state therefore, a criminal. In 1952, after revealing his relationship with a man while reporting a burglary, Turing was charged with gross indecency, forced to undergo chemical castration and barred from working at GCHQ. Two years later Turing was found dead from cyanide poisoning, most often attributed to deliberate suicide.

Since Turing’s death, in the UK at least, we have made great progress in respecting those of different sexualities and gender identities, but science remains a career not often associated with LGBT+ (Lesbian, Gay, Bisexual, Transgender) people. It is far more common to see LGBT+ people associated with the arts, media and culture than science and technology.

For example, how many of us can name an LGBT+ scientist who has come after Turing? I admit, until recently I could only name those I knew personally, and positive LGBT+ role models in science are often lacking.

But why does this matter? Shouldn’t someone’s sexuality be irrelevant to their ability as a scientist?

While sexuality has no relation to ability, representation matters. As with the Athena Swan programme, we need to show that science is not just old men in white coats. If we want talented people from all walks of life to consider a career in science, then we need to show that all kinds of people are accepted and valued and that we all have a contribution to make.

While many of you may be aware of our Athena SWAN Gold Award, you may not be aware that in 2016 we became a member of Stonewall’s Diversity Champion programme. Stonewall is a LGBT+ charity that partners with organisations to ensure that inclusivity extends to everyone working there. This means that as an institute we’re always working to support people of all sexual and gender identities. As part of this effort, we have created a group to support LGBT+ scientists across the site.

As a group we aim to put on social events for LGBT+ scientists to meet each other, and to share LGBT+ stories in science and culture with everyone across the Norwich research Park.

Most importantly we want to be a welcoming face to everyone coming to work and study here. Staff on the Norwich Research Park come from all over the world, and often from countries where non-traditional sexualities and gender identities are taboo, or worse, actively persecuted. We want to show that all people are welcome and the only thing you should be judged on is your ability as a scientist.

February was LGBT+ history month where the, often forgotten, contribution of LGBT+ people is brought to light. I hope you will all take the time to learn about the contributions of LGBT+ scientists, besides Alan Turing, hopefully with a scientific career with a happier ending.