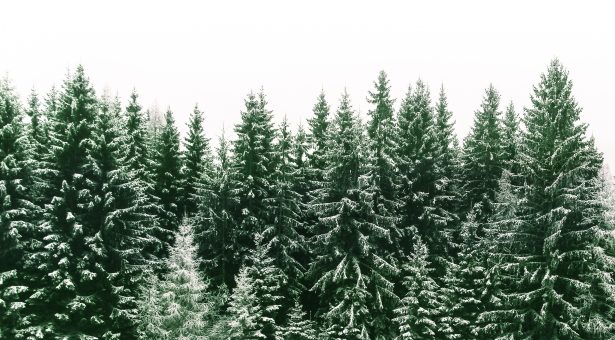 When hearing the term “Botany” names such as Linnaeus, Banks, and Humboldt first come to one’s mind, followed by the images of them hunting for enormous and colourful flowers through the forests of the world.

Next, one might think of the impressive botanical gardens and natural history museums that house millions of the collected specimens. There, flowers and leaves are neatly arranged by their taxonomic family and next to them, a small plaque will feature the Latin name and some detailed description of their leaves and flowers.

This impressive classification and organisation of all living things was championed by Carl Linnaeus in the 18th century, who today could be described as the godfather of classic botany. He invented the binomial system (e.g. Homo sapiens) that allows for the classification of all things living.

But, in 1836, a new era of Botany was marked by the publication of “The power of movement in plants” by no other than Charles Darwin and his son Francis.

In their publication, they didn’t describe the shape of the plants they had at hand, but instead described the reaction of the plants to various stimuli. They meticulously documented the growth of seedlings, the movements of climbing plants, and the reaction to light, toxins, and other environmental factors, addressing questions that were fundamentally different from classic botany.

For Linnaeus and other classic botanists, the study of plants and stones might have been all the same. The appearance of both could be studied to find out their place in the taxonomic system but neither would be subjected to behavioural studies.

Linnaeus was of course aware that plants are living objects, but he did not see them as capable of sensing their environment as animals do.

In the intervening centuries, this view has drastically changed and we know today, thanks in part to Darwin’s work, that plants can sense their environment, can process the information, and can use it to adapt to their habitat.

A group of plant biologists has taken this further and called out the field of “plant neurobiology” in the early 2000s, arguing that plants possess similar mechanisms to neural networks in animals. Although this view is highly disputed and viewed as an metaphor stretched too far, plants do indeed have extensive capabilities of deliberate movement.

Animals sense their environment and process this information to make informed decisions on where to run, crawl or fly next. Similarly, a plant can change its’ direction of growth depending on the environment.

However, here lies one of the fundamental differences between the movement of animals and plants: Animals move via the activation of muscles. Plants have no muscles, are sessile, and can only respond to their environment through growth.

The roots and shoots of plants can change their direction of growth by 180 degrees depending on where light, gravity, and resources signal them to go.

Experiments by Darwin showed that plants achieve these changes in growth direction through the elongation of cells on only one side of the stem or root, leading to the bending of the organ in the opposite direction. But, apart from movement through unbalanced cell expansion of existing cells, plants also maintain the ability to grow new organs throughout their lifetime.

Unlike animals, plants do not complete their development during embryogenesis but instead, maintain active centres of growth at the tip of their shoots and roots. These are called the shoot and root apical meristem.

Within a meristem, plants maintain undifferentiated cells that are similar to human stem cells. This gives them the ability to develop new leaves, flowers, thorns or stems at any given moment. Which organ a meristem develops next depends on the signals they receive from the genetic networks in charge of organising the meristem.

A great example of the adaptability of meristems is the development of flowers during springtime.

As the days get longer and warmer, genetic flowering signals are activated in the leaves and travel upwards to the shoot meristem. There, the flowering signal manipulates the existing genetic network, which in turn switches from leaf to flower initiation.

Understanding the link from flowering signals to changes in cell growth patterns in the meristem is important because most of the food we eat was once developed in a shoot or root meristem. For example, wheat develops long stems with hundreds of tiny grain meristems branching from it. While within the meristem of brassicas, human selection has modified the pattern of cell division and growth to create the various broccoli, cabbages, and sprouts we eat today.

We are just starting to understand how genes can alter cell fates in the meristem, but we do know of a handful of genes that affect the normal development of meristems. Mutations of these genes lead to the development of very oddly shaped plants, for example, tomato plants with fruits bunched together like grapes instead of them being spread out more distantly.

However, it often remains a mystery how mutating these genes changed the cellular growth in the meristem. Do the cells divide less or more? Do they grow faster or slower? Did they change their direction of growth? Today, we can for the first time ask these questions with the help of computational tools that are able to analyse the growth of cells from microscopy images.

When processing images taken of the same meristem on consecutive days the programs can calculate the rate of cell growth and cell division across the meristem, as well as the direction of this growth.

And thus the field of Botany has dramatically changed over the past 200 years, from describing the shape of plants, to understanding that they can move and adapt their surrounding environment and to now being able to study the mechanisms of growth that facilitate the powerful movement of plants.