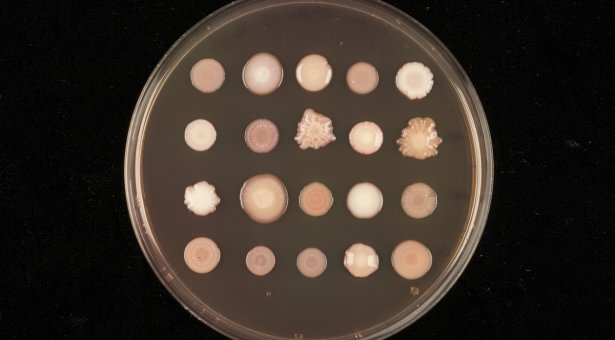 Co-located with us on the Norwich Research Park is the University of East Anglia, so we sought out a new perspective for what attracts students to study science here in Norwich.

This week, as part of a new science communication series, we are joined by third-year integrated masters microbiology student Katie Sutton.

We asked her “why microbiology?”, and what studying science at university is really like?

“I chose to study a microbiology module in my second year. I was unsure what it was actually. What I discovered is that there are so many aspects to microbiology, even though it sounds like a very niche area.

What I have found most fascinating is the application of microbiology to everyday life, whether that be the probiotic drink you have for breakfast or the glass of wine in the evening, what happens with the water once you’ve flushed the toilet, the antibiotics you’ve taken for a sore throat or the products you use to clean your kitchen. In such daily mundane tasks that we don’t think twice about, there is so much science behind it to study.

Throughout school, I wanted to study medicine as I had always enjoyed science, but when I my predicted A-level grades weren’t high enough to apply, I went on a mad hunt to find a degree I thought that I would enjoy.

For some reason, I assumed if you did a science A-Levels, the only options were Medicine or Biomedical Science. Then I came across Natural Sciences which I’d never heard of – but allowed me to carry on all three of my A-level subjects: Biology, Chemistry and Geography, but this also includes Maths, Physics, Computer Science and Engineering – which is great as an indecisive person.

It’s funny, I don’t actually class myself as ‘scientist’, which is silly really as I’m doing a degree in it. I think this comes back to my perception of what a scientist is. I’ve always thought of a scientist as someone who works in a lab all day working on ground-breaking research, but I am learning that this definitely is not the case.

If you enjoy learning about science, whatever the means or the discipline, you’re a scientist. You don’t have to be wearing a lab coat.

Within popular culture, a picture is painted of what a typical scientist looks like, often a ‘mad professor’ or a ‘nerd’. Now, neither of these are a bad thing, but I definitely didn’t feel like I fitted the image. Not being particularly eccentric or geeky, I didn’t think that I would fit in, and I also worried about not being clever enough, but in hindsight I just wasn’t confident enough that I could do it.

Anyone can be a scientist, you do not need to worry about fitting this stereotype that society has constructed.

As well as physical appearance don’t be put off by what you think you are good at. Because I wasn’t amazing at maths like everyone else in my science classes at school seemed to be, I thought that meant I wasn’t science minded, but this definitely isn’t the case.

I think it’s important to teach children, and especially girls, early on that there are so many opportunities within science.

I had always enjoyed creative subjects at school, and it turns out there are lots of creative jobs within science, you don’t have to be a genius or top of your class to get involved. The most important thing is having a keen interest in what you are learning about, don’t let a fear of not fitting the image put you off.

I’d always wanted to have a career in which I’m helping people, but you don’t have to become a Doctor or Nurse to make a difference to people’s lives; there are so many science jobs which make a difference in some way or another.

I am still pretty indecisive on what job I would like to do after graduating, and thankfully I have another couple of years to decide.

Studying science is great as there really are so many career options. A dream role for me would be working for a science organisation in communications as I will have a sound understanding of the science being communicated, but also be able to use my creative side in order to successfully communicate the science to the general public in an exciting manner.”