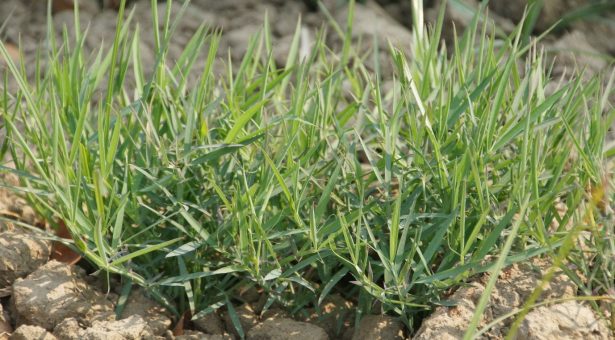 We have known about the effects of β-ODAP (or to give it its full name; β-L-oxalyl-2,3-diaminopropionic acid) for a lot longer than we have known the molecule.

β-ODAP is an amino acid produced by the grass pea, a very hardy crop primarily cultivated in India, Bangladesh and Ethiopia.

It is grown for its seeds (similar to peas or chickpeas) and is used as a green vegetable or feed crop and is one of the oldest cultivated crops, with an 8,000-year history of domestication.

The exceptional tolerance of grass pea to both drought and flooding has made it crucial for food security everywhere from the Neolithic Balkans, to bronze-age Syria, the Roman era Mediterranean, Medieval Europe to modern-day India and Ethiopia.

However, since antiquity, excessive consumption of grass pea has been linked to a devastating disease called neurolathyrism, which is marked by paralysis of the legs.

Epidemics of neurolathyrism would often follow times of famine, where grass pea was the only food still available. The fear of this disease has limited the use and improvement of grass pea, relegating it to the role of an ‘orphan crop’ only grown in the most challenging environments, where other crops would fail.

In 1964, β-ODAP was discovered to be the causative agent of neurolathyrism (2).

β-ODAP acts as an excitotoxic analogue to glutamate, i.e. a compound that overstimulates motor neurones in the brain by binding to receptors normally reserved for glutamate, causing those cells to die.

Since this discovery, reducing β-ODAP content has been the primary goal of grass pea breeding.

However, it has since become clear that this disease only occurs in people who are severely malnourished over long periods of time and eat grass pea as a major part of their diet for several months.

The John Innes Centre and our international partners are working to develop grass pea varieties without this toxin so that the potential of this crop for food security in areas at risk of drought and flooding can be realised.

Why does grass pea produce β-ODAP?

Grass pea produces a lot of β-ODAP, up to 3% of the dry weight of a young seedling, with smaller amounts in all other above-ground tissues, including seeds.

We still don’t know for certain what benefit the plant gets from this large metabolic investment. Hypotheses range from defence against insect herbivores via response to drought to the uptake and management of metal ions.

However, the evidence for each of these hypotheses is weak and varieties with severely reduced β-ODAP-content do not appear to be compromised in any obvious way.

We may only be able to settle this question by developing grass peas that are entirely incapable of producing this toxin and testing them under multiple conditions.

β-ODAP is a non-protein amino acid and is derived from the central amino acid metabolism common to plants. The pathway also involves a breakdown product of oxalic acid. This breakdown pathway appears to have adopted a new function in β-ODAP synthesis. Although we know most of the steps, we still don’t know all the enzymes involved in the pathway.

The John Innes Centre is working to identify these enzymes and the genes that code for them in order to better understand β-ODAP synthesis and use this knowledge to develop new, safe varieties of grass pea.

More than a toxin

β-ODAP is not unique to grass pea, but is also found in most other species of the same genus Lathyrus, sometimes in even higher concentrations.

Curiously, β-ODAP is also a major constituent of Asian ginseng, where it is known under the alternative name dencichine.

As ginseng is not closely related to legumes, it is possible that the production of β-ODAP evolved in ginseng independently.

However, as ginseng is only ever consumed in very small amounts, its β-ODAP-content does not pose a health risk. Besides the toxic effects in high doses over long periods of time, β-ODAP has been shown to have a hemostatic effect, i.e. reducing blood flow.

This has led to it being used in the production of band-aids. Other uses in the treatment of hypoxia, Alzheimer’s disease and thrombocytopenia (low blood platelet count) are currently being investigated.