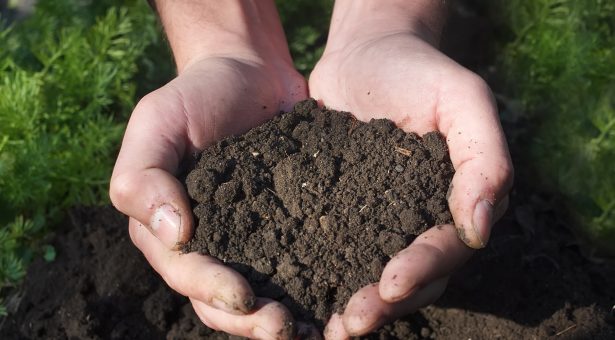 A project working on disrupting and preventing bacterial diseases in a number of staple crops was given a boost last month with the announcement of new technological developments.

“The natural environment is incredibly complex, and contains many organisms that are important for plant growth and healthy soil”, explains Dr Malone. “Our targeted approach to pathogen clearance only hits the bugs we want to hit and leaves the rest of the environment untouched. This is important when we are trying to protect soils as well as crops, and to improve the sustainability of agriculture”.

For comparison, as humans; if you get a chest infection, you take an antibiotic to clear it up. However, while broad-spectrum antibiotics can kill whatever is ailing you, they also destroy lots of helpful bacteria in your gut.

The same principle applies when killing bugs that affect our food production. Many chemical pesticides that protect crops from pathogens use similar blanket approaches, causing significant environmental impacts including long-term damage to the soil and the build-up of toxic compounds.

It is here the Malone lab and FOLIUM’s work comes in.

Using Guided Biotics® researchers can engineer harmless bacteria for use as a natural biocontrol agent against a range of harmful bugs. This means we can protect crops without extensive use of chemical treatments.

The commercial potential for Guided Biotics® products has been recognised in multiple rounds of Innovate UK funding. This support is enabling the team to carry out large-scale trials and generate data to demonstrate efficacy in specific crops.

“We cannot keep farming as we are or we will be looking at a desert within 30 years. Soil quality and insect populations are degrading with intensive agriculture and the more they degrade, the worse the situation becomes” adds Malone.

“If we want to fight plant diseases effectively in a way that doesn’t damage the soil, we need to have a highly targeted approach. Using modified bacteria to seek and destroy harmful pathogens is an exciting and sustainable new approach that we hope will contribute to solving the problem.”

One pathogen the partnership are working on is Pseudomonas syringae, which is a major plant pathogen affecting many important crops worldwide. For example, P. syringae infections have devastated global kiwifruit production since 2008, leading to ecologically damaging countermeasures in various countries.

The team are also working on Xanthomonas, the cause of a serious blight affecting over 400 plant species. Staple world food crops such as rice, soybean and cassava have recorded yield losses of up to 75% due to Xanthomonas infection. In the UK it causes soft rot in brassica crops. Xanthomonas also affects grasses and is responsible for the destruction of amenities such as golf courses.

Recent developments in Guided Biotics® technology have resulted in greater capability to make and deliver product candidates and the opportunity for a wider range of Guided Biotics® with the ability to control other important microbial pathogens.

FOLIUM Science has also purchased unencumbered worldwide rights to several unique and proprietary biocontrol strains; bugs with the natural ability to protect some plant species from pathogens. Combining the naturally protective attributes of these strains with FOLIUM Science’s Guided Biotics® platform will further accelerate the development of new products.

Project leader and Chief Development Officer at FOLIUM Science, Dr Simon Warner says “Our Guided Biotics® technology has the potential to change the way that bacterial disease in crops is treated. The fact that the project has made such good progress is reflected in the ability to progress to trials with a view to generating the first sets of data in the first half of 2021”.