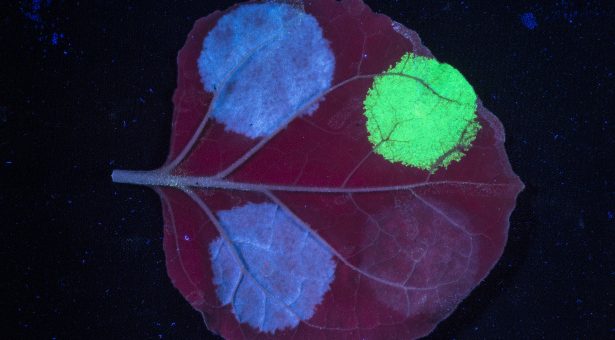 A drug discovery tool, the first of its kind, has been launched to revitalise the urgent search for new antibiotics.

The open-access, searchable database brings together many once-promising leads from the past 50 years which have stalled or been dropped. Information on each compound or drug was obtained using online searches, literature archives and by interviewing prominent experts.

Further information, such as reasons for the lack of development, is also included. The study highlights a number of examples from the past where drugs have been dropped on safety grounds, only to be reintroduced successfully some years later after new research showed them to be safe at different dosages.

Sequencing the wheat genome has always been a huge challenge due to its vast size, three sub-genomes and high percentage of repetitive elements.

Thanks to the efforts of more than 200 scientists across 73 countries that form the Wheat Genome Sequencing Consortium, including the John Innes Centre, the genome has now been fully mapped and annotated. This knowledge of the precise location of 107,891 genes and more than four million molecular markers arms researchers with the tools to improve wheat.

As Professor Cristobal Uauy remarks, “We are in a better position than ever to increase yield, breed plants with higher nutritional quality, and create varieties that are adapted to climate changes.”

NOD-like receptors (NLRs) are key proteins in a plant’s defence against disease, engaging in a ‘molecular handshake’ with pathogenic compounds called effectors. Working with researchers in Japan and at the Sainsbury Laboratory, Mark Banfield’s laboratory has shown a particular NLR protein has evolved to recognise several different effectors.

This study represents one of the most detailed structural and functional analyses of pathogen recognition in plants to date. Such detailed knowledge of the evolution of the plant immune system paves the way for enhancing the ability of plants to recognise pathogens.

Cells are the building blocks of life that grow and divide in order to create all living things.

A new study has shown how genes control when and where cells grow and divide in the developing bud. The researchers used virtual leaves that were created through computational modelling and compared them to observations noted in developmental mutants such as speechless (spch) mutant.

Using these methods, the researchers propose a model which closely matches the experimental data. In this model, growth and division are integrated, thereby generating dynamic distributions of cells’ sizes and shapes in different layers.

Until now, the precise mechanism of how temperature information from mother plants are passed to their seeds has been unclear.

Professor Steve Penfield’s group have discovered that two genes are responsible for this – Flowering Locus C (FLC) and Flowering Locus T (FT). These genes are already well established as being key to controlling flowering.

The new finding is that these same genes act to control seed germination too, but act in reverse configuration. Such understanding offers the potential to breed crops that are resilient to climate changes.

Indian Snakeroot (Rauwolfia serpentina) is one of the 50 fundamental herbs used in traditional Chinese medicine, where it has the name shégēn mù (Chinese: 蛇根木) or yìndù shémù (Chinese: 印度蛇木) and is used as a tranquilliser.

Researchers in Professor Sarah O’Connor’s lab have identified the gene behind the critical catalyst called a sarpagan bridge enzyme. It also shows an adaptable chemical mechanism that offers the potential to create diverse chemical products. This discovery could deliver faster routes to treatments for abnormal heart rhythms, high blood pressure and some mental disorders.