This was the eighth John Innes/Rudjer Bošković Summer School in Applied Molecular Microbiology.

Because of the coronavirus pandemic, the 2020 course was held on-line using Zoom.

The co-directors of the course were Mervyn Bibb, Barrie Wilkinson and Andy Truman from the John Innes Centre, Greg Challis from the University of Warwick and Monash University, and Duška Vujaklija of the Rudjer Bošković Institute.

These summer schools were founded to recognise the development of interest in microbial metabolites that has resulted from the explosive development of sequencing technology, bioinformatics and chemical analysis, coupled with the need for new natural products with application in medicine (for example, new antibiotics) and agriculture.

A particular aim is to make connections between the roles of small molecules in microbial communities, including cell-to-cell signalling and interactions between microbes and other inhabitants of their ecological niches, and the exploitation of the metabolites as drugs and other pharmaceuticals.

The following lectures were presented:

Of the 46 applicants originally selected travel to Dubrovnik, 36, based in 18 different countries, elected to take part in the online Summer School. Sessions were held on each Tuesday, Wednesday and Thursday throughout September.

The first workshop focused on accessing and analysing genome sequences, genome annotation, the use of antiSmash to identify natural product gene clusters and clusterTools to search for particular types of gene clusters.

The second workshop introduced bioinformatics tools that are freely available on the internet and that are commonly used for the analysis of specialised metabolite biosynthetic gene clusters using a gene cluster encoding a cryptic modular PKS assembly line in the model actinomycete Streptomyces coelicolor A3(2) as an example.

This culminated in a predicted structure for the fully-assembled polyketide chain attached to the final module of the synthase and a hypothesis for the mechanism of chain release from the PKS.

This year we introduced Challenge Projects, which were run by Roberto Kolter and María Mercedes Zambrano. The aim was for small groups of students (4-5) to develop clearly defined plans to solve a specific problem that addressed an unmet need or that filled in a gap in knowledge in any area involving microbial specialised metabolites.

Each group of students worked with guidance from two faculty mentors to develop these plans which were then presented to the whole group towards the end of the Summer School.

Each group met online weekly three times before their final presentations, which were assessed by faculty members.

The Challenge Projects were well received by the students and each member of the winning team received a copy of both “Streptomyces in Nature and Medicine – The Antibiotic Makers” by David Hopwood’ and “Life at the Edge of Sight” by Scott Chimileski and Roberto Kolter.

In lieu of the usual Poster Sessions, each student gave a two minute – one slide flash talk to describe their current research followed by questions and answers. 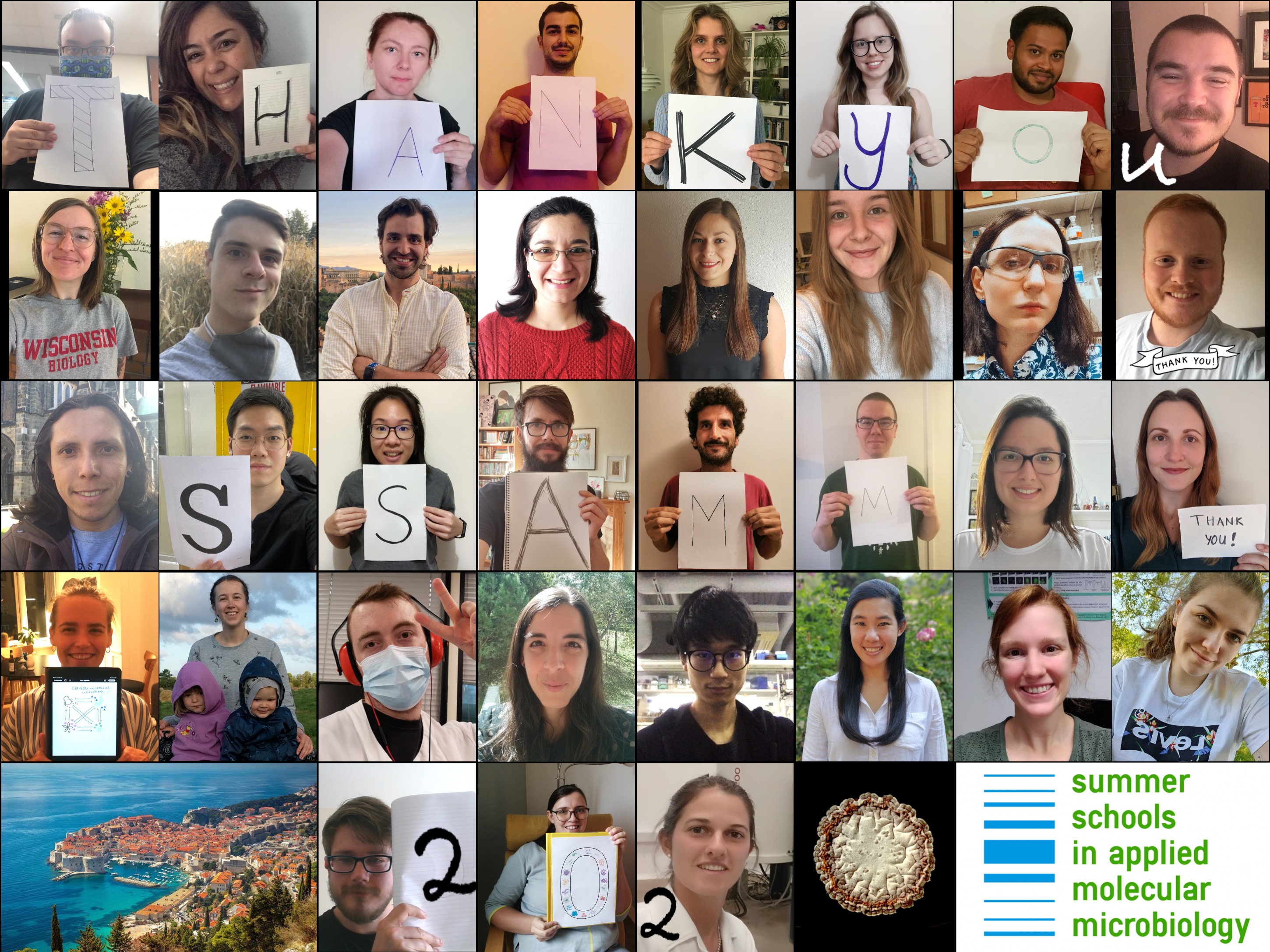