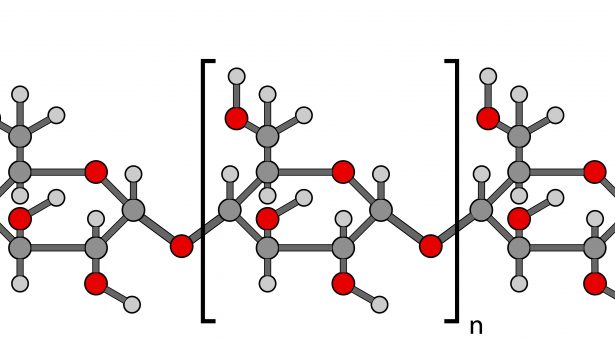 It was once commonly believed that most food carbohydrates were broken down into sugar in the small intestine.

However, research has moved on and it is now known that a certain form of carbohydrate, known as resistant starch, is more resistant to digestion and could provide important health benefits.

Why some starch is resistant to digestion

Starch is composed of two molecules, called amylose and amylopectin.

Wrinkled-seeded peas have seeds which contain a higher proportion of resistant starch; the mutation affecting the r gene decreases the activity of the major starch branching enzyme and increases the proportion of amylose in the starch.

During digestion, more of this type of starch passes through the digestive tract unchanged; in other words, it ‘resists’ digestion.

Once entering the colon, the starch is fermented by bacteria, and short-chain fatty acids are formed which have potential health benefits.

The resistant starch could improve blood glucose (sugar) control, which is important for managing type 2 diabetes; people suffering with this condition are unable to produce enough insulin to monitor and deal with increases in blood glucose levels.

Blood glucose levels tend to rise less quickly and not as much after meals high in resistant starch compared to ‘regular’ carbohydrate foods.

Furthermore, because resistant starch tends to improve insulin sensitivity, it may also help those who are at risk of developing diabetes.

Research has also shown that because resistant starch breaks down slowly, it can result in a longer feeling of ‘fullness’ after a meal, making this type of starch a great dieting sustenance. This is important in preventing obesity, which has been identified as a major risk factor for developing type 2 diabetes, as well as heart disease and several types of cancers.

The impact of these findings is enormous; as well as highlighting how the study of plant genetics and mutations affecting food composition can benefit a major health issue, the findings could also provide a huge cost saving for the NHS.

A collaborative project is currently underway involving ourselves, Imperial College London, Campden BRI and Quadram Institute to determine the features of pea starches that make them resistant to digestion, and to understand what effects cooking may have on the properties of resistant starch that contribute to its positive effects.

Pea seeds are being studied as they are a commonly consumed food item in the UK, and there is a range of available variants known to contain different types of resistant starches.

In the longer term, it is hoped that a similar mutation could be used in other food crops, such as wheat and maize. This could increase the amount of resistant starch that is consumed globally.