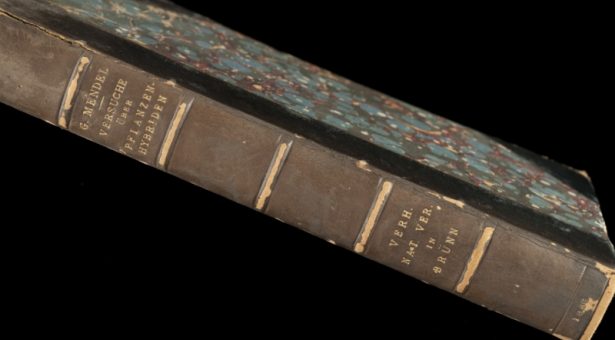 2016 marked the 150th anniversary of the publication of Gregor Mendel’s revolutionary paper ‘Versuche über Pflanzen-Hybriden’ which, after being ignored for 34 years, became the launch pad for the field of genetics.

Over the years, Mendel’s work has been a major source of discussion and his experiments have become a textbook classic.

Research has taken place to understand the molecular basis for the pea traits that Mendel observed in his now famous pea breeding experiments.

The molecular bases for four out of the seven traits studied by Mendel have been revealed and the corresponding genes sequenced (seed shape, stem length, flower colour, and cotyledon colour).

The gene responsible for whether a pea flower is purple or white, and the gene that causes a pea seed to be either round or wrinkled, have been cloned and their functions explored at the John Innes Centre.

Most of the traits studied by Mendel in pea remain relevant to breeding and end-use industries today.

For example, the majority of commercial pea cultivars are white-flowered as opposed to purple or pink, because their seed coats lack pigments such as anthocyanins, tannins and phenolics that taste bitter.

Wrinkled peas are also preferred for human consumption because they contain higher levels of sucrose and are thereby sweeter, whereas energy-rich round peas are grown for animal feed.

Since Mendel’s time, there has been tremendous progress in the knowledge and understanding of inheritance and genetics.

For example, it is now known that many traits can be caused by a combination of genes, as well as other factors – referred to as ‘non-Mendelian’ inheritance. Nevertheless, the understanding of crop improvement and many of today’s plant breeding techniques have stemmed from Mendel’s 150-year-old findings.

A conference was held at the Mendel Museum of Masaryk University in Brno, to celebrate the 150th anniversary of Mendel’s discovery, in which a range of current plant genetics work was presented, as well as an update into the research on pea genetics.