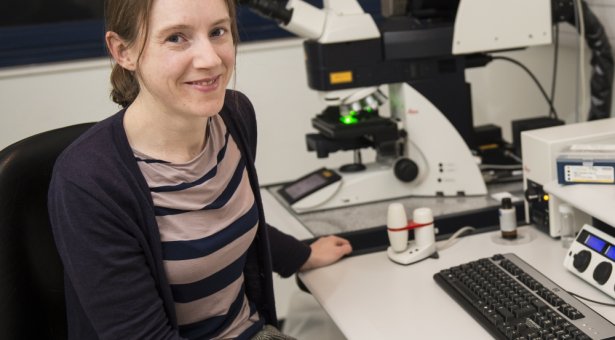 A fascinating blow-by-blow account of the arms struggle between plants and viral pathogens is revealed in new research.

The international research team including the laboratory of Dr Christine Faulkner at the John Innes Centre used a plant virus as a probe to discover how plants defend themselves against invading pathogens.

The virus’ eye view of the infected plant has provided answers to a number of key questions that have until now eluded biologists and the breakthrough could lead to more disease resistant plants.

On the plant side of the arms struggle the study has identified key receptor proteins which regulate the cell-to-cell movement of RNA interference (RNAi). The movement of RNAi, also known as RNA silencing is a key anti-viral defence mechanism used by plants.

From the virus side of the argument, the investigation revealed a suppressor protein named C4 which the virus employs to disarm the plant’s defence mechanism.

The work was led by Dr Rosa Lozano-Duran of the Shanghai Center for Plant Stress Biology and the collaboration between Dr Lozano-Duran and Dr Faulkner’s labs is part of the Centre of Excellence for Plant and Microbial Science (CEPAMS) – which is a joint initiative of the Chinese Academy of Sciences and the John Innes Centre.

Dr Faulkner explained: “RNA silencing and its spread throughout the plant is part of the immune response to viruses. Here we used the virus’ C4 protein to lead us to the plant proteins that are involved in the spread of RNA silencing.

“Plants use RNA silencing for many purposes other than in their immune responses, here we’ve essentially used the virus to unlock a fundamental aspect of how plants regulate these responses.”

“RNA silencing is common to plant responses to most viruses and so understanding how the viral C4 protein works in the plant opens up the doors for other viruses to be looked at.

“This is a big step in understanding mechanisms that the plant and the virus use during an infection.”

The findings are published in the journal PNAS in the paper; ‘A virus-targeted plant receptor-like kinase promotes cell-to-cell spread of RNAi‘.