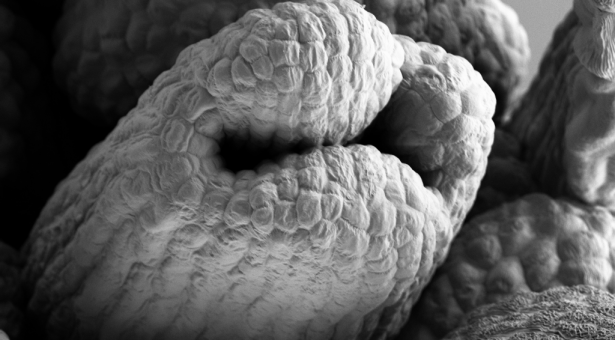 The role of the hormone auxin has been shown to play a key role in the patterning along the apical-basal and medio-lateral axes; how the adaxial-abaxial axis is regulated during radial symmetry establishment at the Arabidopsis gynoecium apex has not been extensively studied until now.

By reinterpreting the phenotype of known adaxial regulators, Dr Laila Moubayidin and her collaborators have filled that gap.

Their study, which looked at expression profile of adaxial regulators, their tissue-specific activity, and their genetic relationship to regulators of the medial polarity during the bilateral and radial phases of gynoecium development, found that that the adaxial-abaxial body-axis is recruited in a stepwise fashion, controlled by specific transcriptional regulators important to establish radial symmetry and the medial polarity.

“Our study was motivated by a desire to understand a general mechanism for the coordination of cells and tissues during organ development to orchestrate the formation of symmetric patterns at the organ level” explains Dr Moubayidin.

Multicellular organs are shaped into symmetric patterns, which can be seen in their ‘geometric’ forms, that can be divided-up in identical halves.

The two main types of symmetric patterns displayed by multicellular organs are known as ‘bilateral’; meaning along a single plane, and ‘radial’ symmetry, in which the plane is rotated. The type of symmetry an organ displays strictly influences its function.

Plants develop new organs throughout their lifespan and face this fundamental decision every time a new leaf, a root or a flower develops. As such, they have evolved a genetic control from species to species to tailor organ shape and function accordingly to the environmental niche occupied by the organism.

In flowering plants, particularly interesting for reproduction and seed production is the change in symmetry occurring during the development of the female reproductive organ, known as the gynoecium.

The gynoecium underpins plant reproduction, in that it produces the ovules (the female reproductive cells), allows fertilisation by the pollen (the male reproductive cells), and protects the developing seeds. These fundamental functions take place in two different spatial regions of the gynoecium, thanks to a strategic symmetry transition: a distal, bilaterally symmetric ovary (where ovules form and seeds develop), and an apical, radially symmetric style (which helps efficient fertilisation).

Explaining why this area hasn’t been studied before Dr Moubayidin notes: “Symmetry transition in the gynoecium takes place at very early stages of flower development and while many flowers are produced by a healthy Arabidopsis plant, to access a young, developing gynoecium can present technical challenges since it is both very tiny and hidden in the middle of the flower, surrounded and protected by others floral tissues, like petals, which can pose technical limits for the investigation of spatial-temporal events associated to symmetry transition in the gynoecium”.

The group hypothesised that the change in symmetry pattern occurs during the organ development and therefore needs to be coordinated with the three main body-axes: the apical-basal, the medio-lateral, and the adaxial-abaxial axis.

“We discovered that the adaxial-abaxial body-axis is recruited in a stepwise fashion, and this process is controlled by specific transcriptional regulators important to establish radial symmetry and the medial polarity.

This molecular framework regulates the distribution of an important plant hormone (called auxin), which distribution undergoes two consecutive symmetry transitions: the first symmetry transition, from bilateral to ‘biradial’ triggers the formation of an intermediate symmetric state important for the recruitment of the medial axis; the second symmetry transition, from biradial to radial symmetry, takes place thanks to the activity of the adaxial factors (HAT3 and ATHB4), which promote the flux of the hormone auxin from the adaxial tissues towards the gynoecium apex and conclude the radialisation process.

This framework also regulates the antagonistic balance between auxin and another plant hormone, called cytokinin, for the proper development of the gynoecium and symmetry transition.

Understanding the molecular and genetic mechanisms controlling gynoecium development can allow us to make educated guess on how to improve its function” concludes Dr Moubayidin.

The group now wish to understand how these precise activities, in both time and space, are controlled during gynoecium development. They also hope to understand whether the mechanisms discovered by studying symmetry in the gynoecium do also preside over symmetry establishment across other plant organs.