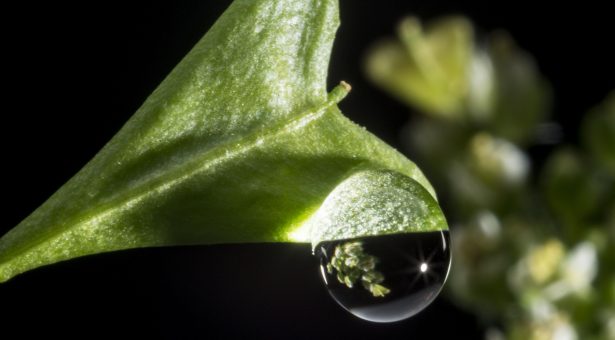 The Brassicaceae plant family boasts a stunning diversity of fruit shapes. But even in this cosmopolitan company the heart-shaped seed pods of the Capsella genus stand out.

An estimated eight million years ago Capsella embarked on a different evolutionary pathway from its close relatives Arabidopsis and Camelina.

This led to radically different shapes in the fruits which in these plants form pods that enclose the seeds prior to dispersal or dehiscence. Arabidopsis fruits are cylindrical, Camelina’s are spherical, while Capsella conspicuously follows its own heart.

Most of the diversity in the Brassicaceae occurs in one part of the fruit called the valves or seed pod walls. But until now it was not clear which mechanisms lay behind these differences.

Research, published today in the journal Current Biology uncovers key processes involved in this genetic journey and offers evidence as to how and why these shapes occur.

The team from the John Innes Centre used gene-editing technology, transgenic plants and molecular reporting techniques to show that a well characterised gene called INDEHISCENT (IND) lay at the heart of the matter.

In the model plant Arabidopsis, this gene is locally expressed only in strips of cells that regulate seed dispersal or pod shatter.

In Capsella, experiments here show that IND has expanded its local expression into the upper part of the valves, the shoulders that give the plant its characteristic heart shaped fruits. Gene-edited mutant lines without the IND gene showed significantly reduced shoulders compared to the wild type.

Previous studies showed that IND regulates the plant growth hormone auxin. Here the team used two reporter genes with fluorescent tags which highlighted distinct spots or maxima of auxin at the twin shoulders of Capsella’s heart-shaped pods. However, these maxima were absent in plants without IND activity.

“So, we can say clearly that IND is important for the Capsella fruit shape and it mediates its effects by directly upregulating auxin biosynthesis in these pods to pilot growth towards these peaks,” explains Prof Lars Ostergaard of the John Innes Centre, an author on the study.

“That is what makes this study so exciting. Not only have we found out that IND has at least a partial role in creating the shape, but we have also found out what the gene does in the tissue that allows this shape to form,” he adds.

But why have these mysterious shapes evolved over the past 8 million years?

“Of the carbons and sugars that are produced in the pod from captured sunlight during photosynthesis about 50 per cent go into growing the seeds. So, we could imagine an evolutionary edge for Capsella due the its larger, flatter shape,” says Professor Ostergaard.

The Brassicaceae family includes a host of economically important domestic crops such as oilseed rape and it is possible that these latest findings in Capsella could find expression in commercial crops of tomorrow:

“By using this fundamental knowledge and translating it into the commercial crop we may be able to create a denser oilseed rape canopy with a bigger pod surface area so that seeds grow bigger and yields increase,” says Professor Ostergaard.

The findings support a growing number of studies in developmental biology which show that changes in regulatory DNA sequence in key controlling genes such as IND can lead to diverse expression patterns responsible for changes in organ shape both in natural evolution and in the domestication of crops.

The full findings are reported in the paper: ‘Regulatory diversification of INDEHISCENT in the Capsella genus directs variation in fruit morphology’ – Current Biology