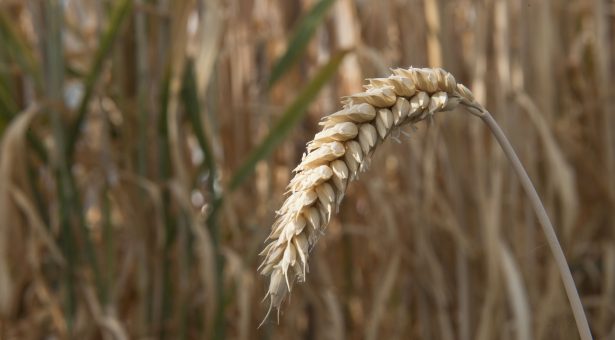 A team of UK researchers has publicly released the first sequence coverage of the wheat genome.

The release is a step towards a fully annotated genome and makes a significant contribution to efforts to support global food security and to increase the competitiveness of UK farming.

The genome sequences released comprise five read-throughs of a reference variety of wheat and give scientists and breeders access to 95% of all wheat genes. This is among the largest genome projects undertaken, and the rapid public release of the data is expected to accelerate significantly the use of the information by wheat breeding companies.

Professor Edwards said: “The wheat genome is 5x larger than the human genome and presents a huge challenge for scientists. The genome sequences are an important tool for researchers and for plant breeders and by making the data publicly available we are ensuring this publicly funded research has the widest possible impact.”

Universities and Science Minister David Willetts said: “This is an outstanding world class contribution by the UK to the global effort to completely map the wheat genome. By using gene sequencing technology developed in the UK we now have the capability to improve the crops of the future by simply accelerating the natural breeding process to select varieties that can thrive in challenging conditions.”

The genome data released are in a ‘raw’ format, comprising sequence reads of the wheat genome in the form of letters representing the genetic ‘code’.

A complete copy of the genome requires further read-throughs, significant work on annotation and the assembly of the data into chromosomes.

Large-scale, rapid sequencing programmes such as this have been made technically feasible by advanced technology genome sequencing platforms, including one based on BBSRC-funded research conducted in the UK in the 1990s.The majority of the sequencing work for this particular project was done using the 454 Life Science platform, developed in the US.

Professor Hall said: “The genome sequence data of this reference variety, Chinese Spring wheat, will now allow us to probe differences between varieties with different characteristics. By understanding the genetic differences between varieties with different traits we can start to develop new types of wheat better able to cope with drought, salinity or able to deliver higher yields. This will help to protect our food security while giving UK plant breeders and farmers a competitive advantage.”

The sequence data can be used by scientists and plant breeders to develop new varieties through accelerated conventional breeding or other technologies.

Professor Bevan, a member of the Coordinating Committee of the International Wheat Genome Sequencing Consortium, said: “The sequence coverage will provide an important foundation for international efforts aimed at generating a complete genome sequence of wheat in the next few years.”

Professor Doug Kell, BBSRC Chief Executive, said: “Recent short-term price spikes in the wheat markets have shown how vulnerable our food system is to shocks and potential shortages. The best way to support our food security is by using modern research strategies to understand how we can deliver sustainable increases in crop yields, especially in the face of climate change. Genome sequencing of this type is an absolutely crucial strategy, building on previous BBSRC-funded work. Knowledge of these genome sequences will now allow plant breeders to identify the best genetic sequences to use as markers in accelerated breeding programmes.”

Dr Jane Rogers, Member of the Coordinating Committee of the International Wheat Genome Sequencing Consortium and Director of BBSRC’s The Genome Analysis Centre, said: “The public release of the wheat genome data will be a useful resource for scientists and the plant breeding community and will provide a foundation to identify genetic differences between wheat varieties. In recent years genomics technology has advanced to a point that scientists can now produce sequence data for plants with genomes as large as wheat at a rate unimaginable a few years ago. This is an impressive achievement, notwithstanding the significant hurdles we still face to fully interpret and understand the data.”

A key feature of this research has been the quick release of the data into the public domain to allow other scientists and wheat breeding companies to rapidly employ it in practical applications.

Richard Summers, Vice Chairman of the British Society of Plant Breeders, said: “The wheat breeding community has been greatly impressed with the collaborative approach taken in this project. The team brought together world class skills in sequencing and wheat genetics to deal with a major barrier in wheat breeding. This is an excellent example of how to achieve technology transfer from research lab through to practical deployment.”