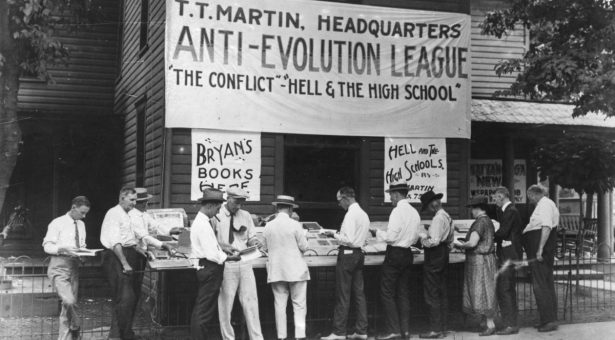 The 2020 Innes Lecture told the story of the Scopes Monkey Trial and highlight key themes in the public reactions. Why have so many people – over two centuries and around the world – hated evolution?

The answer does not hinge on facts and evidence. There’s something deeper; something more fundamental; something much further reaching. The answer connects us more strongly to core ideas in public engagement with science and to science’s engagement with its many publics. Plus, as this talk focuses on America in the roaring ‘20s, there will be a bit of jazz.

Note – this was a live lecture. The Q&A is no longer available.