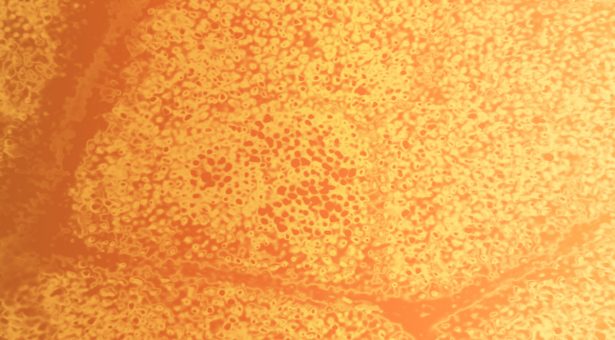 Dr Mark Banfield and his group, in collaboration with scientists from The Sainsbury Laboratory and the University of East Anglia on the Norwich Research Park, have deciphered the structures of protein molecules used by some of the most destructive plant pathogens to promote host infection.

In doing so, they uncovered common features of these proteins that may be responsible for making the pathogens so aggressive and adaptable.

It’s hoped that these findings could point to new ways of controlling plant diseases that currently threaten global food security.

New species emerge as problems from time to time, such as the recent outbreak of sudden oak death caused by Phytophthora ramorum. These pathogens secrete protein molecules, called effectors, which enter the plant cells and modulate host defences to overcome resistance mechanisms.

The genes encoding effectors are present in parts of the pathogen’s genome where rapid evolution is favoured. When plants evolve resistance, there is strong selective pressure for the pathogen to overcome this resistance.

Understanding how effectors work at the molecular level, and how they have evolved, is crucial to understanding and improving host resistance.

The wealth of sequence data coming from genome sequencing projects has provided much information on oomycete plant pathogens, with over 500 effector genes now identified.

A number of common motifs have been identified from the gene sequences, such as the ‘RXLR’ motif, that is needed for translocation into host cells.

However, there is often less sequence similarity within the parts of the effectors that are required for their biological activity, once delivered inside the host cell. This has made defining the function of these effectors for pathogen virulence much harder.

To address this, Dr Banfield’s group at the John Innes Centre, which is strategically funded by BBSRC, used their structural biology expertise to compare the three-dimensional structures of effector proteins.

They observed an area of strong structural similarity, despite the underlying gene sequences of the two effectors being very different. This area, a fold in the protein structure, was termed the WY-domain.

A sequence-based bioinformatic survey, performed by Dr Joe Win, a post-doctoral researcher in the group of Professor Sophien Kamoun at The Sainsbury Laboratory, suggested the WY-domain is present in at least 44% of known Phytophtora RXLR-type effectors.

It is also predicted to occur in 26% of known RXLR-type effectors from another oomycete species, the downy-mildew pathogen Hyaloperonospora arabidopsidis. The domain defines a hydrophobic core, but with scope for great flexibility to include different loops, extensions, amino acid replacements or duplications.

The researchers propose that the WY-domain gives the effector proteins a stable molecular core, around which rapid evolutionary events can happen that allow the organism greater flexibility to adapt to host plant defences.

The WY-domain is present is some of agriculture’s biggest pests, and getting a handle on its evolution is already giving us clues about its importance.

The aim now is to work out why the domain is so important for pathogenicity, by determining what role it plays in the infection process and what targets in the plants it engages with. This will then inform new ways of controlling these devastating crop diseases.