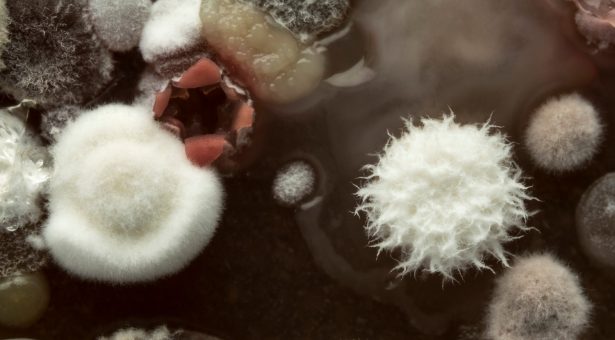 Scientists studying how bacteria produce spores have made a double discovery – they have identified the mystery signalling molecule that orchestrates the process of sporulation and also the unique way in which it works.

c-di-GMP (3´, 5´-cyclic diguanylic acid) was already known as an important messenger in bacteria. Only made by bacteria, its presence in the human body tells the immune system there is an infection and induces the production of type I interferons.

Dr Tschowri’s supervisor Professor Mark Buttner said: “We had identified BldD as a master regulator of sporulation, but we didn’t know what was actually controlling its activity – it’s been a huge mystery.”

What had also been a mystery was why c-di-GMP was present at all in Gram-positive bacteria. Up until now c-di-GMP was largely known as the signalling molecule that controls the ‘stick or swim’ lifestyle choice between biofilm formation and motility in Gram-negative bacteria.

This new research shows that c-di-GMP is an important but previously unknown regulator of sporulation in filamentous sporulating bacteria like Streptomyces.

The biggest surprise came when Professor Maria Schumacher, a collaborator at Duke University in North Carolina, solved the structure of BldD and found that two subunits of the protein were ‘glued’ together by four molecules of c-di-GMP.

“This was the icing on the cake,” said Professor Buttner. “This is the first example of a protein that binds four copies of c-di-GMP, and the only known incidence of a protein dimer with no protein-protein contacts – the contact is purely through the four c-di-GMP molecules.”