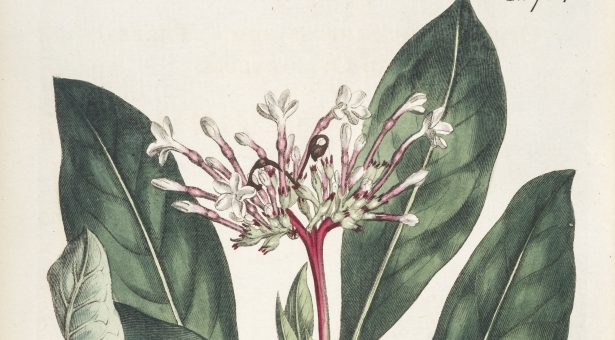 Chemical secrets of a plant used throughout history for its calming effects have been revealed in new research.

These new findings came from research into Indian Snakeroot (Rauwolfia serpentina) which has been used for millennia in South and South East-Asia as a tranquilizer.

The John Innes Centre team in the lab of Professor Sarah O’Connor followed clues from the recent past to identify the genetic networks behind a critical catalyst called a sarpagan bridge enzyme.

This generates an important chemical link to medicinally useful compounds in Indian snakeroot and many other plants.

Lead author of the paper Dr Thu Thuy Dang of the John Innes Centre said: “We set out to find the missing enzyme that catalyses this important reaction based on a 20-year-old clue from the literature.

”Thanks to the new advancements in bioinformatic and biological chemistry approaches, we were able to identify the missing gene that encodes the enzyme among thousands of other genes from the plant.”

The discovery of the new oxidative enzyme that catalyzes intriguing chemistry could deliver faster routes to treatments for abnormal heart rhythms, high blood pressure and some mental disorders.

The study also found that the enzyme has an adaptable mechanism that could create a suite of structurally diverse chemical products.

Professor Sarah O’Connor added: “The discovery of the sarpagan bridge enzyme, together with other scaffold generator enzymes, will provide the parts necessary for assembling and engineering of metabolic pathways in organisms such as yeast or tobacco plants for mass production of pharmaceutically important compounds. We are currently collaborating with experts in synthetic biology and yeast engineering to push this forward.”

Indian snakeroot is one of the 50 fundamental herbs used in traditional Chinese medicine, where it has the name shégēn mù (Chinese: 蛇根木) or yìndù shémù (Chinese: 印度蛇木).

It produces approximately 150 monoterpene indole alkaloids such as reserpine, yohimbine, and raubasine.

One of the best-known alkaloids in snakeroot is ajmaline, a class Ia antiarrhythmic agent often used in diagnosis of patients suspected of having Brugada syndrome, a condition that causes disruption to the heart’s normal rhythm.

In other findings the study showed that the sarpagan bridge enzyme bridges two carbon atoms, a reaction particularly challenging for synthetic organic chemists, and so creates the complex three-dimensional structures found in the many class of alkaloids.

The study also demonstrated for the first time that the complex alkaloid vinorine can be produced in a different organism, requiring five enzymatic steps (including the newly discovered enzyme) from the readily available intermediate strictosidine.

Ultimately, this approach might be used to produce strictosidine-derived drugs such as ajmaline, which is used to treat abnormal heart rhythms, more efficiently.

Dr Jakob Franke said “The discovery highlights the versatility of this group of oxidative enzymes, which makes it a very useful biocatalyst and an excellent target for engineering these alkaloid pathways. We could use this enzyme to produce drugs in a much more elegant way than any synthetic chemist could.”